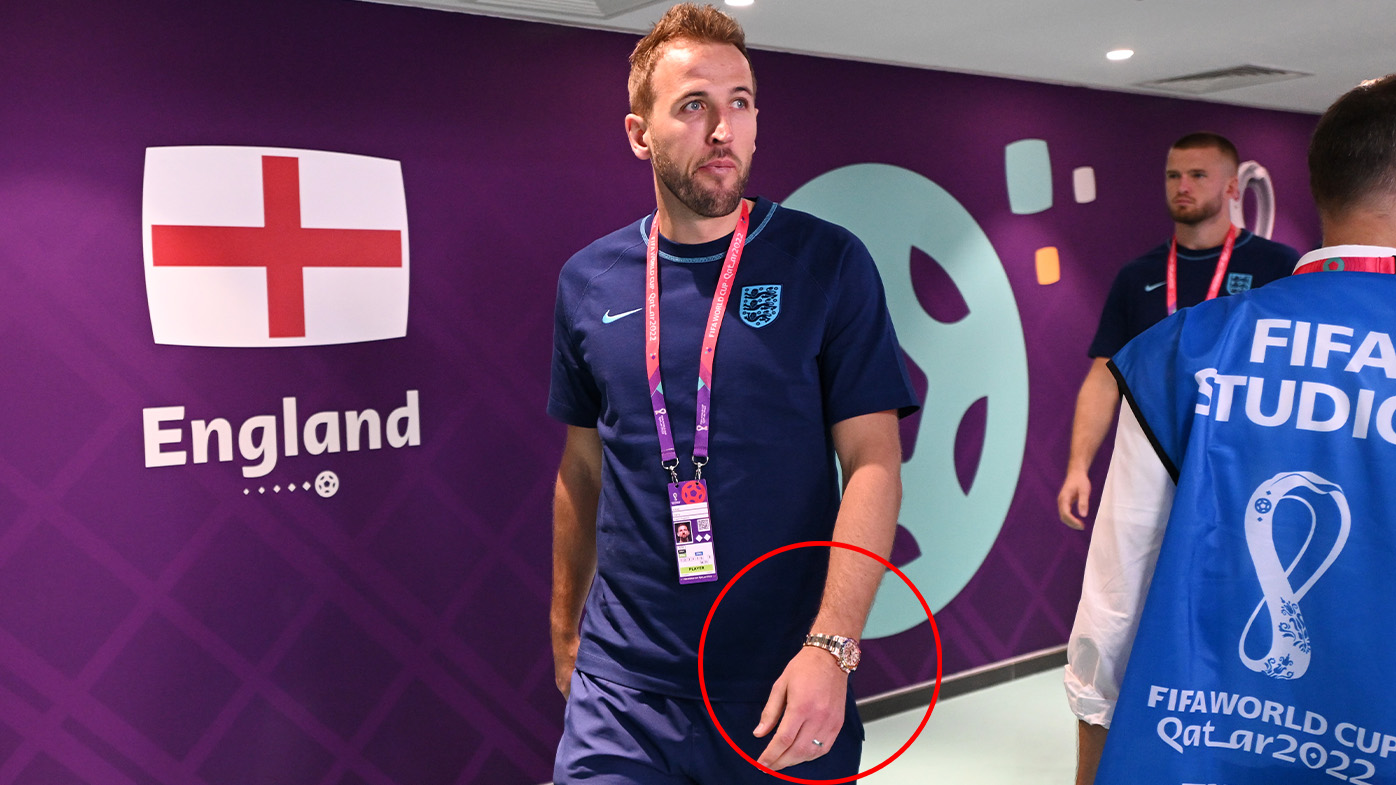 I﻿t’s been revealed that England captain Harry Kane performed his own protest against Qatar’s abhorrent stance on the LGBTQI+ community ahead of his side’s World Cup opener.

Kane and his national team were widely blasted when, amid threats posed by FIFA, the skipper abandoned a plan to wear a rainbow-coloured captain’s armband in England’s tournament-opening match against Iran.

﻿Kane instead opted to wear a FIFA-approved armband with the words “No Discrimination” — a piece of clothing that addresses inequality but not homophobia specifically.

However, it’s since emerged that the striker sported a $950,000 Rainbow Rolex in the hours before England’s 6-2 win over Iran.

Getty Images pictures show Kane wearing the watch when he led the team from the bus and as he inspected the field.

Captains of seven European teams chose not to wear the “one love” armband after FIFA warned that doing so could result in bookings.

Former Socceroos captain Craig Foster blasted FIFA over its action against the protest.﻿

“Disgraceful, gutless decision by FIFA to threaten sanctions against players for promoting the basic rights of the LGBTI community in Qatar and globally,” Foster tweeted.

“I feel for the global LGBTI community, players and fans who must rightly feel used and abandoned.”

For a daily dose of the best of the breaking news and exclusive content from Wide World of Sports, subscribe to our newsletter by clicking here!

Global sports brand PUMA collaborates with Dubai Sports Council to create a unique floating football pitch off the shore of iconic Palm Jumeirah. As a part of Dubai’s 30×30 initiative, The Fearless Arena brings the beloved game of football from the stadium to the sea with the aim of inspiring and encouraging people to be […]