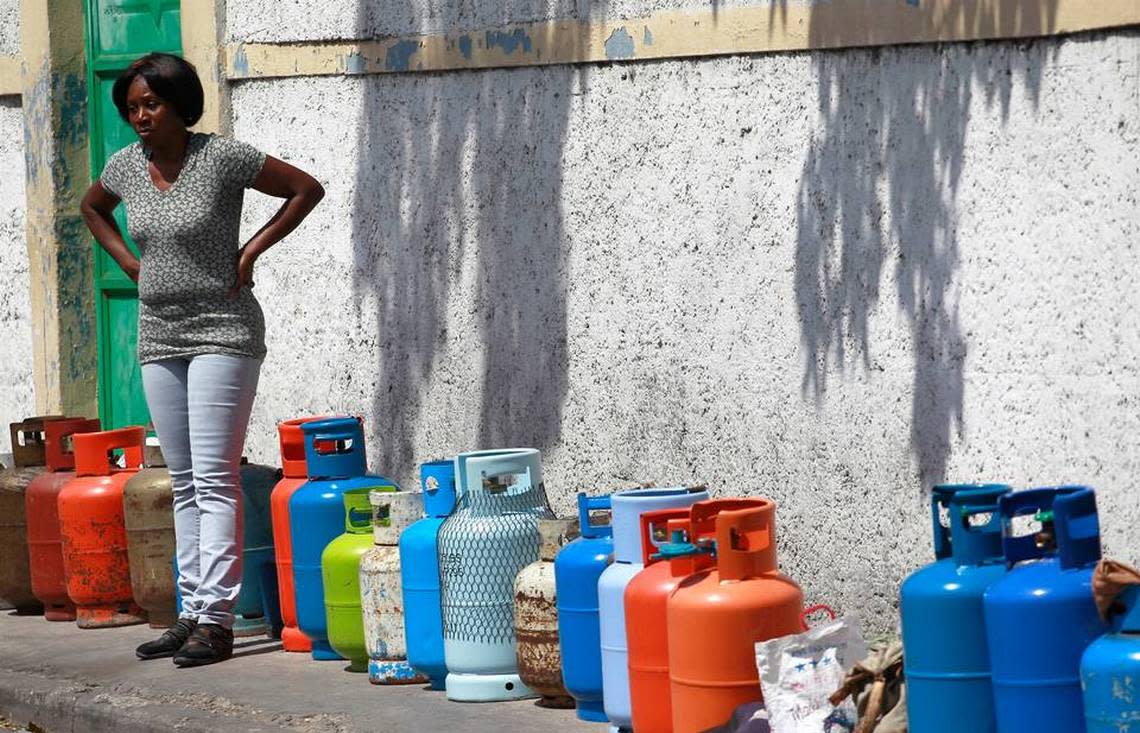 The news blackout came at the start of one of Haiti’s most popular afternoon newscasts.

“Radio Kiskeya and the ‪4 p.m.‬ Journal are temporarily off the air in the metropolitan area due to the current fuel shortage (particularly diesel) which affects our relay facilities in Boutilliers,” the Monday tweet said. “We are working to resolve the situation as soon as possible.”

The radio newscast — which eventually made it back on air — was the latest casualty in Haiti’s ongoing energy woes. For weeks entire neighborhoods have been once again plunged into darkness and in recent days the distress has grown even more severe amid a string of energy-related crises.

There is the government’s ongoing contract dispute with the French consortium, Alstom-Comelex (GE), and its German supervisor over two 18 megawatt turbines at the country’s principal 54 megawatt Péligre hydroelectric power plant. The turbines aren’t functional despite a $100 million restoration project. There are the damaged engines at four government-owned electricity plants, including at Varreux, which the Haitian state took over in October from private power provider Sogener.

And there is the two-week old strike by workers at the state-run Electricité d’Haïti, EDH, over the naming of a new director, that has led to some areas of metropolitan Port-au-Prince receiving more electricity than others because no one can get to the barricaded circuits to switch the power off and on from one zone of the capital to the next.

If all of that weren’t bad enough, now a fuel shortage is aggravating an already bad electricity situation as telecom companies, vendors of potable water and ice ration reserves and factories temporarily cease operations because they have no diesel to run generators.

“We just don’t have diesel,” said David Turnier, president of the National Association of Petroleum Distributors, which represents gas stations around Haiti.

Last week, as consumers struggled to fill up and stations began reporting they were out of diesel, Haiti Commerce Minister Jonas Coffy took to the streets, escorted by police and a judge, to go check pumps.

He later confirmed to the daily Le Nouvelliste that two people were arrested during his visit, including a gas station supervisor who said her stocked diesel wasn’t for sale but to operate the generator and the station’s propane kiosk. The station’s owner, he said, was “engaged in illegal speculation and the black market.”

Protesting the arrest, Turnier told the Nouvelliste’s journalists during an appearance on its Magik9 radio program that it was common for some stations to have stored diesel to run generators and there was indeed a fuel shortage across Haiti.

He did not know, Turnier said, when a ship would arrive with a fresh delivery.

Late Tuesday, Coffy told the Miami Herald that his statements last week concerning the issue “corresponded to the truth of the day.”

“In fact, following my intervention, most of the distribution stations that I inspected have restarted selling diesel,” he said.

While the director of Haiti’s main public hospital said she recently received a supply of diesel from the health ministry to keep the General Hospital’s generators running, others have not been as fortunate.

“With no diesel, we cannot have lights and electricity. We cannot have water either. No toilets. No washing of hands,” he said. “The diesel we have left is kept for the operating rooms exclusively.“

Laroche said hospital staff has had to place buckets of water throughout its DASH medical facilities to allow services to continue.

“Thanks to solar panels in the eight hospitals and 20 medical centers that DASH operates, basic services are maintained, but this is not the way how things should function.“

Haiti’s lucrative fuel import market is a $700 million to $900 million business, and the latest fuel disruption comes after a year and three months of steady and orderly imports of gasoline, diesel and kerosene following the government’s decision to reluctantly hand over petroleum imports to the private sector in March 2019.

Without any explanation, and despite the recommendations of the International Monetary Fund to get rid of its monopoly, the government took back control of fuel importation earlier this year and handed it over to the state’s Bureau of Monetization of Programs and Development Aid. The controversial agency, known as BMPAD, has been the country’s monopoly importer of petroleum products ever since Haiti entered into the Petrocaribe oil program with Venezuela.

Haiti is no stranger to fuel shortages or chronic blackouts, which became a repeated problem after Venezuela stopped providing the country with discounted petroleum products. But the latest crisis is coming in the midst of the global coronavirus pandemic and after BMPAD, which still owes Houston-based Novuum Energy more than $50 million in arrears for fuel deliveries, awarded a controversial fuel contract to a politically connected Haitian firm with no known track record in the field.

Since then, the head of the electricity union and the public works minister, who oversees EDH, have both publicly complained about the government’s purchase of “a bad quality of heavy fuel” damaging EDH equipment, and Haitians have found themselves once more having to ration fuel due to late deliveries.

In fact, since BMPAD resumed control of fuel imports, Haiti has suffered three fuel shortages since June, similar to when the agency was purchasing fuel from Novuum and faced multiple shortages because of delays or nonpayment. Meanwhile, the electricity production for Port-au-Prince, several energy experts said, has gone from 130 megawatts to less than 50 megawatts since last year. The drop, they note, coincides with the state’s controversial take over of Sogener, which President Jovenel Moïse accused of over-billing the state.

Ignace Saint-Fleur, who heads BMPAD, did not respond to questions from the Miami Herald related to the deliveries or allegations by industry insiders that the fuel shortage is due to the contract he signed with Preble-Rish.

Preble-Rish, which beat out more established companies, won an exclusive six month deal in June to provide gasoline, diesel and kerosene until December. It is also the beneficiary of a no-bid contract to provide asphalt and heavy fuel, sources say.

The Herald reached out to a representative of Preble-Rish, who did not respond to several questions about the contract or when Haitians can expect fuel delivery. Up until the contract award, the company was known as a civil engineering firm, which had been linked to a group of armed Americans who were arrested in Haiti last year and then later flown to the United States with the help of the State Department.

Several sources familiar with the fuel industry, speaking on the condition of anonymity for fear of reprisal, said the lack of transparency over the contracts has raised many red flags and questions. Among them: What is the quality of the fuel being supplied; how much is the government paying, and is the government in effect financing Preble-Rish’s contract with the state by pre-paying for deliveries?

Under the deal, BMPAD is the importer while Preble-Rish is the supplier. In other words, BMPAD buys from Preble-Rish and resells to the oil companies.

Oil companies, one source said, are now losing money on every gallon of fuel they sell due to Haiti’s currency devaluation, and a new price structure imposed on them by Moïse, who has accused them of bilking the state and making large profits.

During a tour of northern Haiti over the weekend, Moïse, who failed to meet a June 2017 promise during a Miami visit to provide 24-7 electricity to Haiti within 18 to 24 months, focused his talks not on the chronic fuel shortage problem, but on his plans to electrify the country.

The government of Haiti, he said, was in the final phases of signing a contract with General Electric to provide the installation of an additional 60 megawatts of generating capacity in the metropolitan Port-au-Prince area, and lesser wattage in several secondary cities.

Moïse also announced a $65 million contract for 130 megawatts of solar power to be installed in various locations around the country. In addition, more than 11,000 new power poles have been ordered and will soon be installed. Also, a $150 million loan from the government of Taiwan to expand electricity in Haiti will go to finance a $130 million large power grid, the president said, and $20 million worth of power plants in 42 small towns.

Moïse’s promises come as he continues his attacks against oil importers; against private power providers, two of whom had their contracts with the government canceled and their equipment taken over without compensation, and against EDH, the government’s own power company.

Singling out the engines at the Varreux electricity plant, which have become inoperable since receiving the bad heavy fuel, Moïse during his tour said the engines were not new but “rebuilt,” and he challenged “anyone to come prove to me that they were new engines because I have their serial numbers.”

The Herald contacted the company, Wärtsilä Energy, which sold the engines in 2012 to Sogener and flew to Haiti to install them.

“There must be some misunderstanding, as the engines sold to Sogener in 2012 were new,” Sampo Suvisaari, the company’s general manager for Central America and the Caribbean, said in an email that included a link to a press release announcing the deal.

Moving on from Varreux’s engines to EDH, Moïse told Haitians that the state has been spending $12 million a month since October.

“You EDH,” Moïse said, directing his comments to the state-run Electricité d’Haïti. “Are you proud of this? Of the $12 million, $8.8 million went to EDH; not to pay employees… to provide electricity. How much power did EDH give for the month of June?” 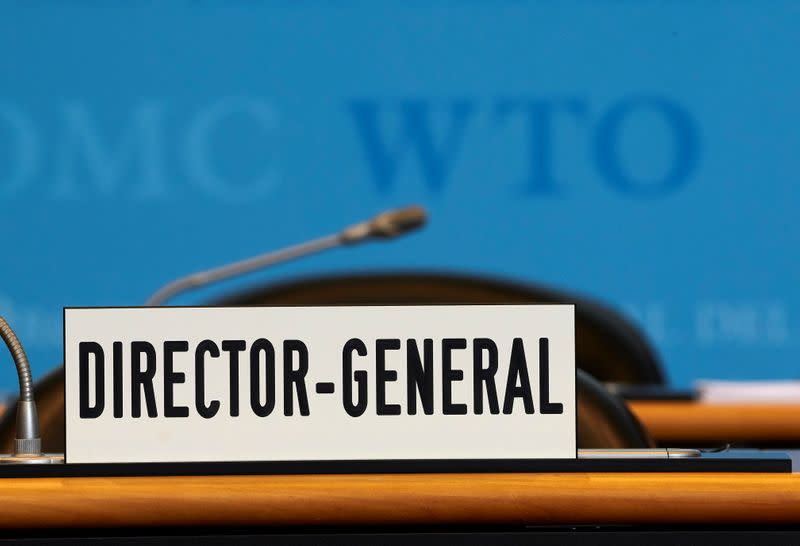 Workplace stress can have a physical and psychological impact on your employees. Learn how to identify stress and then eliminate it. According to 2021 research by the American Psychological Association (APA), 66% of workers consider their jobs to be very important or fairly significant stressors, which is an increase of 2% over the previous year. […]