The FTSE 100 has continued to slide as investors mull worsening Sino-US relations and a raft of new virus outbreaks.

Germany’s DAX remains in the green but has given back some of its earlier gains.

Women made up only a fifth of job applications to senior manager roles in the UK finance sector, highlighting sluggish progress on efforts to make the industry more diverse.

Bloomberg has the details:

A review of 4,044 individuals who applied to senior roles at firms including banks, insurers, fund managers, hedge funds and private equity in the year through March shows that 833 were women and 3,211 were men, according to law firm Pinsent Masons. The previous year women represented 26pc of applicants across a smaller set of firms.

The data underscores the finance sector’s longstanding and persistent gender gap. Recent legislation in the U.K. requiring big companies to disclose pay data has drawn further attention to the issue. One reason often cited for the lack of progress is that women, who are oftentimes the primary caregiver, favor flexibility. The coronavirus pandemic has seen thousands of City of London employees work from home for months boosting the case for diversity advocates.

“Women will be hoping that City employers are going to be much more receptive to flexible working requests and this won’t be used as an excuse for the low levels of women at senior levels,” said Elizabeth Budd, partner at Pinsent Masons.

Margot James, a former minister at the Department for Business, Energy & Industrial Strategy, has joined the board of doorstep lender Provident Financial as a non-exec director.

Ms James served as an MP from 2010 to 2019 and held a number of ministerial offices, including as Minister of State for the Department of Digital, Culture, Media & Sport.

I am delighted to welcome Margot to the Board and look forward to working with her. Her appointment brings a great balance of skills and experience to the Board, with her wide ranging career as a commercial and entrepreneurial business owner and her work in the UK Government.

Margot’s experience of working in consumer policy, citizens advice and advising on labour markets will enable her to understand and promote the interests of our customers and wider stakeholders, as we seek to deliver our purpose of helping put people on the path to a better everyday life.

Analysts have JP Morgan have warned there is a risk of further local lockdowns outside of Spain, particularly in France and Belgium.

The last week, July 20-July 26, has been the second bad week in a row for the new infection count across the EU 5, with cases increasing in all countries and by 50pc in aggregate to the highest level since the end of May. As well as the significant spike in Spanish infections, which have increased by further 83pc (after 106pc last week), there are now large spikes in France, Belgium and the Netherlands.

Although we aren’t classifying this re-acceleration in daily cases as a second wave, this is the second week in a row that cases have increased significantly across Europe and it is clear that there is the risk of further local lockdowns outside of Spain, at least in France and possibly Belgium.

German business sentiment beat expectations and rose to the highest level since 2018  in July, according to the influential Ifo institute.

The institute said the latest survey highlights the good start to the third quarter, adding that optimism is gradually returning.

The DAX is beating the gloom and pushed higher on the update, up 0.4pc.

Travel stocks are really struggling this morning after Spain was added to the UK’s quarantine list, raising fears that arrivals from other European destinations could be forced to self-isolate too.

Here is a list of the damage so far:

The UK is not the only country reimposing some virus restrictions.

In Hong Kong, public gatherings are to be limited to two people, restaurants are to stop dine-in services and masks are to be made compulsory outdoors.

It comes after the city reported 103 local cases on Sunday.

Ryanair slumps to £168m loss after ‘most challenging’ quarter

Ryanair is the big corporate story this morning.

The Dublin-based carrier said it suffered its “most challenging” quarter as it slumped to a €185m (£168m) loss for the three months to June.

The low-cost carrier also warned that a second wave of coronavirus cases in Europe could prolong any recovery from the pandemic into next year.

Europe’s biggest airline swung into the red after it was forced to ground 99pc of its fleet due to Covid-19.

Restrictions saw the firm carry 500,000 passengers in its first quarter compared with 41.9 million in the same period last year, while revenue plummeted from £2.1bn to £113m.

The Dublin-based company said: “The past quarter was the most challenging in Ryanair’s 35-year history.

It added: “It is impossible to predict how long the Covid-19 pandemic will persist, and a second wave of Covid-19 cases across Europe in late autumn, when the annual flu season commences, is our biggest fear right now.”

European equities have opened mixed, with travel and leisure stocks weighing down London’s FTSE 100 after the decision to add Spain to the UK’s quarantine list.

Gold has soared to an all-time high as worsening diplomatic tensions between the US and China push investors into haven assets.

The metal rose 1.6pc to a record high of $1,943 per ounce, surpassing its previous peak touched in September 2011.

Good morning. The FTSE 100 is set to start the week marginally in the green despite growing fears about a resurgence of coronavirus in Europe and the simmering tensions between the US and China.

​Today also kicks off what will be a very busy week for earnings in Europe and the US.

5 things to start your day

1) Airline regulators are expected to this week launch a crackdown on carriers which have failed to refund families for flights cancelled due to coronavirus, as the industry reels from new restrictions over Spain. The Civil Aviation Authority is understood to have drawn up a list of the worst culprits, with millions of customers still owed billions of pounds after being told they could not fly.

2)  Europe’s recovery deal is already falling apart. The EU Recovery Fund was not designed for immediate liquidity problems, writes Ambrose Evans-Pritchard. Italy is already warning that the money will not come soon enough to avert an autumn liquidity squeeze.

3)  Double-glazing salesmen say Rishi Sunak’s green homes giveaway has backfired and put more than 10,000 jobs at risk. The scheme was announced earlier this month but will not come into force until September, landing a massive blow on the industry because potential buyers are holding off until it starts, bosses said

4)  Could live stream shopping change online retail for good? The shopping channel has been largely unaltered since it emerged in the heady consumerism of Eighties America, hooking in thousands of viewers desperate for everything from a new fridge to a necklace. Now, however, the digital world is finally catching up.

5) Trade groups warn of Brexit paperwork pile-up. Ministers said earlier this year that about 50,000 more private sector staff would be needed to meet customs demand when Britain left the single market, although this could be lower if a trade deal was struck.

Asian stock markets were mixed and gold surged to a record price on Monday amid US-China tensions and concern a recovery from the coronavirus pandemic might be weakening.

Gold jumped $30 to a record $1927.60 per ounce in a sign investors were looking for safe havens to park money. 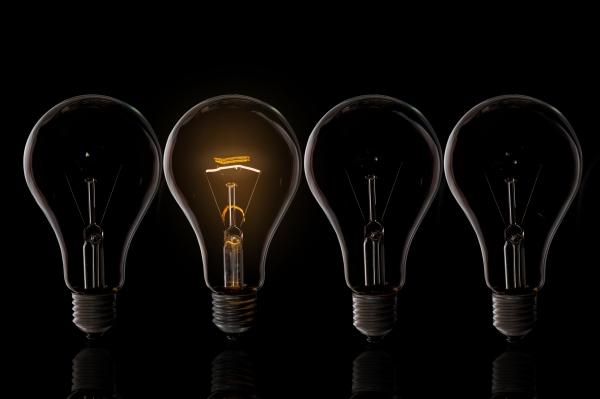 Previous post What education do you need to build a great tech company? – TechCrunch 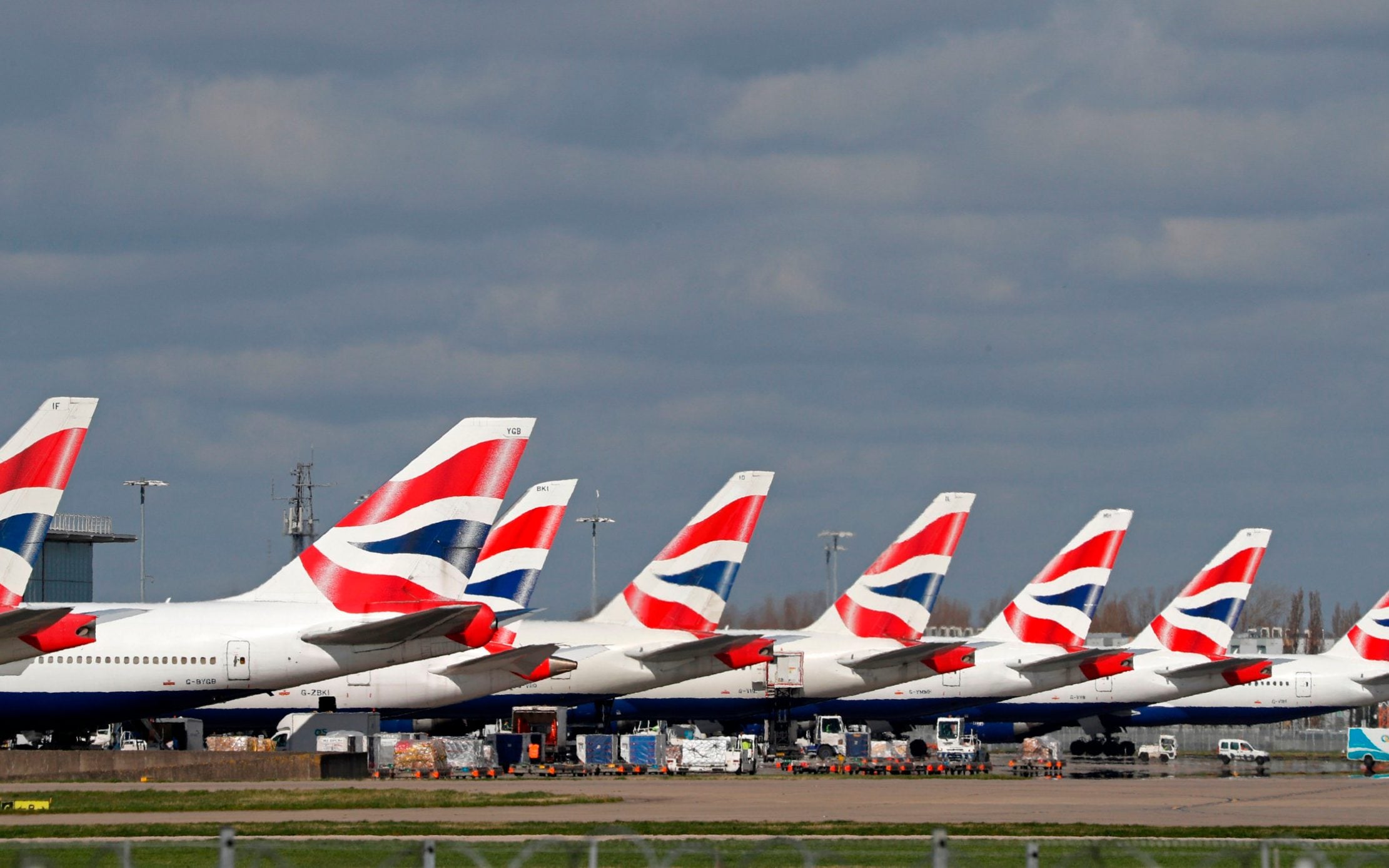