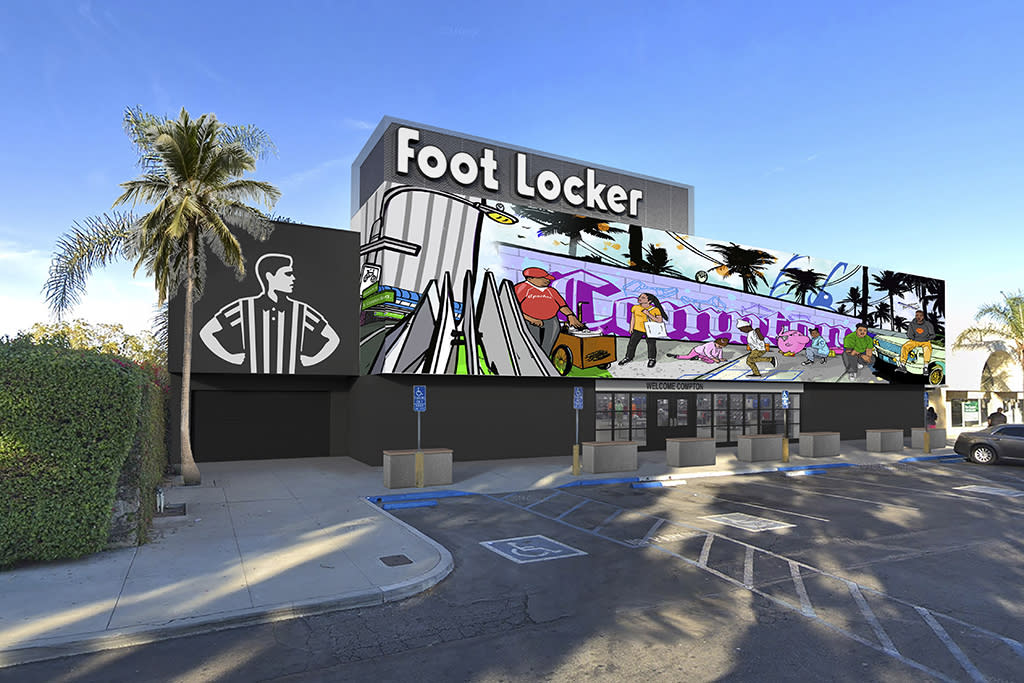 Who’s in, who’s out, who’s been promoted and hired — FN covers all the industry changes in one place. Know of an executive on the move? Tell us [email protected]

Dec. 14, 2020: Foot Locker Inc. has named Himanshu Parikh as SVP and chief information officer, starting Dec. 11. In the role, the new exec is tasked with overseeing the execution of the sportswear retailer’s strategic technology agenda in support of its key strategic imperatives. “Himanshu has a proven track record in tech-driven transformation to drive business agility, competitive differentiation and efficiencies,” chairman and CEO Dick Johnson said in a statement. “I am confident that his deep expertise and breadth of experience leading digital, omnichannel, enterprise resource planning and information security functions will be strong assets as we continue to advance our technology projects and investments to evolve as a fully integrated omnichannel company.” Parikh has more than 25 years of experience in strategic planning, business solutions and organizational development for top retail companies. Most recently, he served as SVP and chief technology officer at The Michaels Companies Inc.

Dec. 9, 2020: The Footwear Distributors and Retailers of America has added eight new industry executives to its board of directors as part of its “effort to reinvigorate” the Fashion Footwear Association of New York. The members who were approved at its virtual board meeting include: Converse global footwear VP Brandis Russell; Jimmy Choo president Tanya Golesic; Marc Fisher Footwear president Susan Itzkowitz; Target director of global sourcing Keli Lerdal; Nordstrom EVP and GMM of shoes Tacey Powers; Pentland North America president Carrie Rubin; White Mountain chief revenue officer Robert Geller; and Jones & Vining president and CEO Jim Salzano. “These new board members will enhance our mission in support of our efforts to remake market weeks and work more closely together across categories and channels, reinvigorating the industry in 2021 and beyond,” said FDRA chairman Mike Jeppesen, who is the president of global operations at Wolverine Worldwide.

Dec. 9, 2020: Tapestry Inc. has announced the appointment of two new members to its board of directors: Pam Lifford and Tom Greco. The additions bring the membership to 10, including nine independent directors. Lifford serves as president of Warner Bros./WarnerMedia Studios and Networks Group’s Global Brands and Experiences, while Greco has held his role as president and CEO of Advance Auto Parts since 2016. “Pam is a results-driven leader with a passion for our industry and a strong track record of growing iconic global consumer brands. Tom is an innovative leader who brings a unique combination of strategic and operational expertise from customer centric businesses,” Tapestry CEO Joanne Crevoiserat said. “We are confident that their respective experience and counsel will prove valuable to us as we execute our acceleration program and fuel long-term growth and profitability across our portfolio of brands.”

Dec. 7, 2020: Chloé has named Gabriela Hearst as its new creative director. The appointment comes days after the French fashion house announced the departure of Natacha Ramsay-Levi, who held the post for nearly four years. Hearst will unveil her debut collection for the brand next March for the fall ’21 season while continuing on as the artistic lead of her namesake New York-based fashion house. She was named the American Womenswear Designer of the Year at last year’s CFDA Fashion Awards and took her collection to Paris for last October’s Fashion Week.

Dec. 3, 2020: Natacha Ramsay-Levi, who has been with Chloé for nearly four years, is stepping down as creative director of the French fashion house, effective today. Chloé revealed her departure in a brief press release, but stopped short of naming her successor, saying that would be done “in due course.” Long a key associate of Nicolas Ghesquière, Ramsay-Levi joined Chloé in April 2017 from Louis Vuitton, where she had been creative director of women’s ready-to-wear since 2013. The designer started her fashion career at Balenciaga in 2002 and rose through the design ranks to become Ghesquière’s top design deputy.

Dec. 3, 2020: According to multiple reports, Todd Spaletto, most recently the president of Wolverine World Wide Inc.’s Michigan Group, will become the president of Public Lands, the new outdoor retail store format of Dick’s Sporting Goods that is set to launch in 2021. The executive’s LinkedIn now includes the president of Public Lands role as well as SVP of Dick’s Sporting Goods. In April, he and Wolverine mutually agreed that he would resign, effective on or before May 30. An SEC filing on April 17 stated Spaletto’s departure “is not based on any disagreement with the company relating to its operations, policies or practices.” Prior to Wolverine, Spaletto held several roles at The North Face over a 14-year period, ending his tenure at the company as its global president in 2017.

Dec. 1, 2020: Genesco has announced the appointment of Thomas George as SVP of finance and interim CFO, starting Dec. 14. He succeeds Melvin Tucker, whose resignation was effective Nov. 27. Board chair, president and CEO Mimi Vaughn has been temporarily serving as finance chief. “Tom is a proven leader with more than 40 years of experience including almost three decades as chief financial officer of public and private companies,” Vaughn said in a statement. “His extensive knowledge and financial acumen combined with his understanding of the footwear industry will be tremendous assets as we continue to navigate through the challenges presented by COVID-19 and capitalize on the opportunities that are emerging through the pandemic.” George was previously CFO of Deckers Brands. He graduated from the University of Southern California with a bachelor of science in business administration and is a certified public accountant.

Nov. 30, 2020: Foot Locker has announced that EVP and CFO Lauren Peters will retire, effective April 2021. “Lauren has had a remarkable 23 years at Foot Locker, including leading our finance organization for the last nine years as CFO,” chairman and CEO Richard Johnson said in a statement. “Lauren has been an integral member of our management team and a tremendous partner to me.” Foot Locker added that a search for Peters’ successor is underway and is being conducted by Crist Kolder Associates. Both internal and external candidates will be considered. “I have had a fulfilling career in my more than two decades at Foot Locker, and it has been an honor to work alongside such a talented and dedicated team,” Peters said. “I am proud of the company’s many accomplishments during my tenure, the tremendous progress we have made in positioning the company at the center of youth culture and the strong team we have built.”

Nov. 25, 2020: J.Crew has swapped CEOs for the third time in three years. The company tapped Libby Wadle for the top post, overseeing its namesake and Factory banners in addition to Madewell. She succeeds Jan Singer, who departed the company “to pursue other endeavors.” Wadle has more than 25 years of experience in the retail industry, and she spent the last 16 years holding various senior management roles at J.Crew Group. Most recently, she served as president and then CEO of Madewell. She joined the business in 2004 as VP of J.Crew Factory.

Nov. 24, 2020: Dick’s Sporting Goods has named current president Lauren Hobart as its new CEO, effective Feb. 1. She succeeds Edward Stack, who will become executive chairman and retain his role as chief merchant at the company. The appointment is part of Dick’s long-term succession plan, undertaken by Stack and the board of directors. Hobart has more than 25 years of experience in the finance, consumer and retail spaces, as well as spent 14 years in various leadership positions at PepsiCo before she joined Dick’s as CMO in 2011. She was appointed president in 2017 and joined the board of directors the following year.

Nov. 20, 2020: Lululemon Athletica has announced the promotion of Meghan Frank to the post of CFO, effective Nov. 23. Frank — who joined the company four years ago as SVP of financial planning and analysis — becomes the activewear giant’s first female finance chief. She has more than two decades of experience in the retail industry and served as interim co-CFO since April.

Nov. 2, 2020: Genesco SVP and CFO Melvin Tucker has resigned, effective Nov. 27. The exec, who intends to pursue an opportunity outside of the company, will assist in the transition as the Journeys parent begins its executive search for a new CFO. In the interim, board chair, president and CEO Mimi Vaughn — who previously served as financial chief — will assume the role’s responsibilities. She will also oversee a newly established Office of the CFO, which will be co-led by VP and chief accounting officer Brently Baxter, VP and treasurer Matthew Johnson and VP of financial planning and analysis and investor relations Dave Slater.