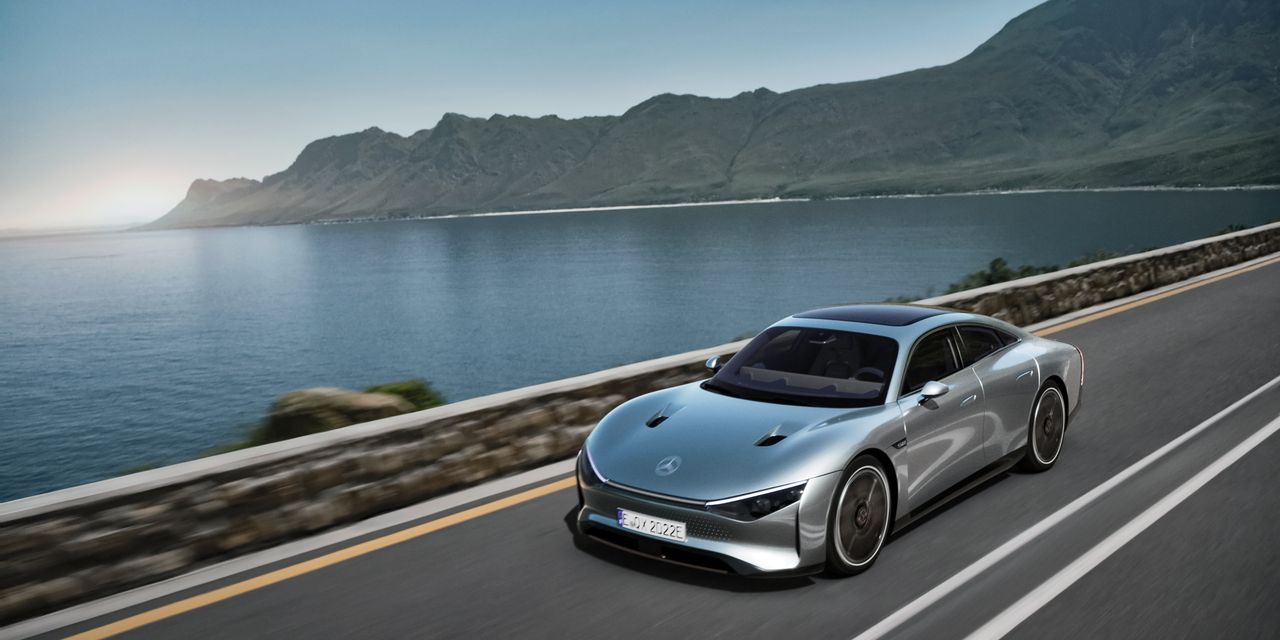 
Cars are the new phones. Look no further than CES 2022 in Las Vegas. Many of the cool announcements at the consumer electronics show are all about a cutting-edge technology: the automobile.


Sony (ticker: SONY). It makes movies and PlayStation gaming systems. Now it wants to make electric cars. The company showed a concept SUV at CES. For starters, showing a concept car is a very auto show thing to do. Second, Sony isn’t a car company yet.

But cars are getting so advanced that everyone thinks they can build one–even though the industry is traditionally less concentrated and generates lower profit margins than many tech businesses. The car business has a very different regulatory regime too. Sixteen-year-olds can, for the most part, operate phones without posing a major risk to society.

Sony is an example of a nonautomotive company using CES to promote a car strategy, but cars made other appearances at the show.


General Motors (GM) introduced its all-electric Chevy Silverado Wednesday, during CEO Mary Barra‘s keynote address. It’s a big launch for the company. Trucks account for about 20% of all new-car sales in America. While the E-Silverado arrives in early 2023,


Rivian Automotive (RIVN) will have electric pickup trucks on U.S. roads in 2022.

Wednesday was also the day

A weekly guide to our best stories on technology, disruption, and the people and stocks in the middle of it all.


Daimler‘s (DAI.Germany) Mercedes-Benz unveiled a car at CES: The EQXX. It’s an EV sedan that might get 600 miles per charge with a battery pack less than 100 kilowatt hours. That would be industry-leading battery efficiency. One way the company gets better range is less power:The EQXX might come with about 200 horsepower. It takes a lot of energy to rocket cars zero to 60 in two seconds, like a Tesla Model S Plaid Edition does.

Semiconductor companies are focused on cars too.


Intel (INTC) presented at CES, and the company’s automotive self-driving unit Mobileye took up a good portion of its presentation. Mobileye makes cameras, chips, and software that enable driver-assistance functions such as lane keeping and adaptive cruise control.


Qualcomm (QCOM), talked about redefining vehicles for the 21st century in its CES presentation on Tuesday. “Car companies are becoming tech companies,” said CEO Cristiano Amon. Qualcomm is working with car companies such as Volvo and GM.

Small-cap companies made car-related announcements at CES too.

CES attendance was dented by Covid, but the pandemic couldn’t ding the trend of smarter vehicles. Cars are going to get more advanced in coming years.

The show is a time for big ideas, but it doesn’t always move stocks. GM stock dropped 4.6% Wednesday. The biggest factor in its decline was likely the Federal Reserve. Fed meeting minutes indicate it was committed to raising interest rates to fight inflation in 2022. The