CARACAS, Venezuela (AP) — The Colombian government and the South American country’s largest remaining guerrilla group were slated to resume peace talks Monday, breaking a roughly four-year hiatus during which the rebels have expanded the territory where they operate.

Neighboring Venezuela, whose government resumed diplomatic relations with Colombia only a few months ago, is hosting the representatives of the National Liberation Army and the government of President Gustavo Petro. The discussions in Caracas, Venezuela’s capital, come more than a month after the rebels and Petro’s government announced the resumption of negotiations.

The National Liberation Army, commonly referred to by its Spanish acronym ELN, was founded in the 1960s by students, union leaders and priests inspired by Cuba’s revolution. The group is believed to have about 4,000 fighters in Colombia, and is also present in Venezuela, where it runs illegal gold mines and drug trafficking routes.

The organization became Colombia’s largest remaining guerrilla group after a 2016 peace agreement disbanded the Revolutionary Armed Forces of Colombia, known as FARC. Since the historic deal was signed, the ELN has increased its activities in territories formerly under FARC control.

The group is known for staging kidnappings for ransom and attacks on oil infrastructure and has been listed as a terrorist organization by the United States and the European Union.

Diplomats from Venezuela, Cuba and Norway will assist in the negotiations, while representatives from Chile and Spain will observe it. Previous negotiations, some going back to the 1990s, have failed.

Petro — Colombia’s first leftist president and a former rebel himself — is seeking to resume the negotiations as part of a larger peace effort in which his administration is approaching armed groups, drug gangs and FARC dissidents. This is a significant reversal of strategy; his predecessor, President Iván Duque, suspended talks with the ELN after the rebels refused to stop attacking military targets. 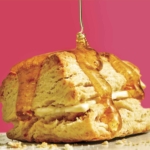