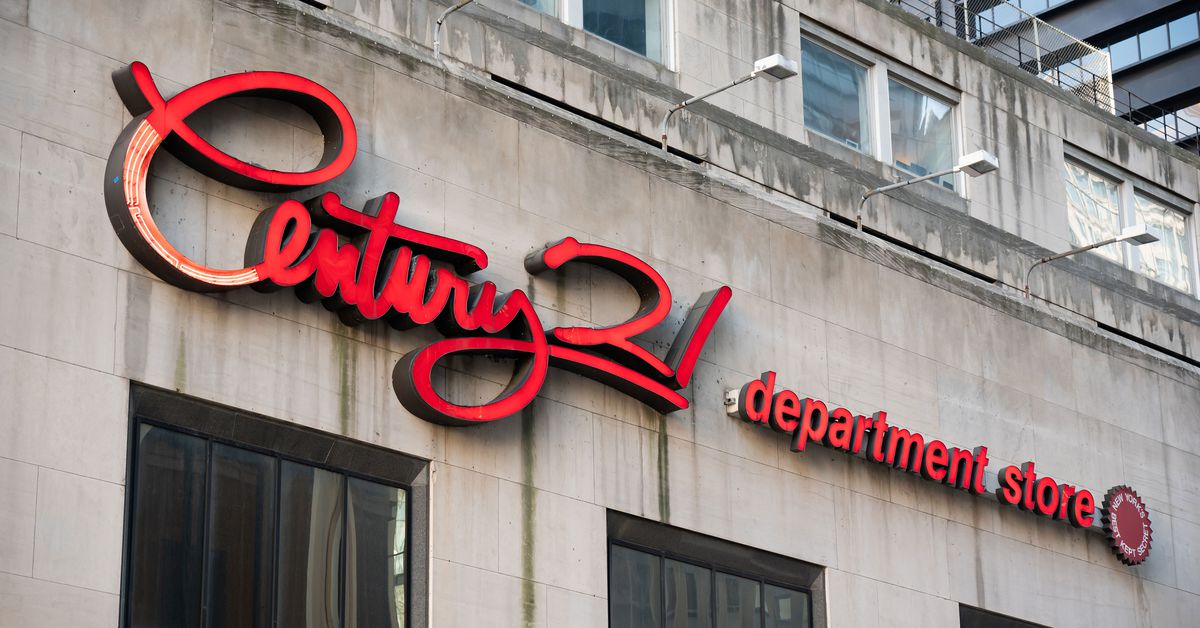 Oh, man, this one stings. In a year of retail crises and closures in New York City, Century 21 — the discounter with roots in Brooklyn and a flagship store in the Financial District — is the latest to declare bankruptcy and will likely shut down all its stores, Bloomberg reports this morning. It’s in a standoff with its insurance carrier over its business-interruption payout, and, barring some kind of eleventh-hour reprieve, it’s a goner. Century 21 is one of the last of the great off-price fashion chains in New York, and we can now add its name to the pipe-rack mausoleum that houses Syms, Loehmann’s, Moe Ginsburg, Daffy’s, and — in its original pre-glamour incarnation, when it still had the apostrophe — Barney’s.

These places, and especially Century 21, were hardly secrets — they were big businesses with large retail footprints — yet they were also, curiously, kind of a secret handshake. One quality particular to striving New Yorkers is knowing how to experience the city while presenting as a well-off and stylish person without being rich — to fake it till, or while, you make it. When you start your life here, whether growing up here or moving here as a young adult, you learn ways to do that: lining up for sample sales, bringing a good eye to the Chelsea Flea Market, going to Orchard Corset for bra fittings, waiting on line (old New Yorkers never wait in line, only on) for Shakespeare in the Park tickets.

Century 21 is itself a striver. It was started in 1961 by a Syrian American named Sonny Gindi, and the business remains in his family. Under their management, it has expanded to 13 stores, including a few outside New York. The original was — is — on 86th Street in Bay Ridge, where it is a huge presence in the neighborhood fabric (a second store on 87th Street sells home goods). Before the pandemic, when a train or bus would stop at 86th street, many of the people getting off would stream directly into the store. On weekends, the neighborhood was full of people walking around with the distinctive red-and-white Century 21 shopping bags. Since 86th Street is the transit gateway to Staten Island, a shopping run to Century 21 often served as the focal point of a day trip into Brooklyn. Come back-to-school season, you’d see lines of people waiting to get in. When one Bay Ridge resident texted her daughter today about the closing, she called the store “our closet.”

The big downtown Manhattan store on Cortlandt Street was tailored to Wall Street shoppers, with a heavier emphasis on designer clothing and more suits. (The finance aesthetic extended to its physical space, in the Art Deco former East River Savings Bank, where the no-nonsense retail fixtures were paired somewhat incongruously with marble floors and giant chandeliers.) Inevitably, Carrie Bradshaw was spotted there. If you were a certain kind of devoted shopper, you’d treat the stores as part of your daily commute: On the way to the train two or three evenings a week, you’d do a quick walkthrough, stalking the new stuff, watching the racks, deciding whether to pounce on that Prada blazer at 50 percent off or take a chance on the possibility that the price would drop another hundred bucks by Friday. It also became a huge tourist destination, one where Italians could go to buy Italian fashion for much less than it would cost them at home, then wear it back to Italy.

Nineteen years ago this week, the Cortlandt Street store — directly across from the World Trade Center — was wrecked, its windows blown out by the collapse of the towers. Over the following weeks, some customers spoke emotionally about the store, as though expressing concern about a friend who lived downtown. (Some of the store’s contents weirdly ended up in an outlet store in Lewiston, Maine, where, still smelling faintly of ash and dust, they were sold off at a further discount.) When the store reopened the following March, throngs of people welcomed it back. It had made it through, and it also survived the financial collapse of 2008. This year, though, is different (in large part because those European tourists aren’t coming), and, in a moment of economic difficulty that is going to leave a lot of New Yorkers more eager than ever for a bargain, it’s going to be a real loss.

Imran Khan’s Verishop adds Verified Shops, a way for emerging brands to set up shop in its digital mall – TechCrunch

A Fashion Month Like No Other for Editors – WWD