Here are the top business, market, and economic stories you should be watching today in the UK, Europe, and abroad:

Centrica (CNA.L), the owner of British Gas, has agreed to sell-off its US energy business for $3.6bn (£2.87bn) as part of a turnaround plan.

Centrica said on Friday it had agreed to sell its Houston-based subsidiary Direct Energy to NRG Energy (NRG) for $3.6bn in cash.

Centrica chief executive Chris O’Shea said the deal was part of plans “to become a simpler, leaner business” that was “focused on the UK and Ireland where we have leading market positions.”

Centrica acquired Direct Energy in 2000 for $912m in cash, giving the company its first presence in North America. The energy supplier has 2.7 million customers in the US.

News of the proposed sale came as Centrica announced falling earnings, a half-year loss, and a continued exodus of customers.

Vodafone (VOD.L) has announced plans to float its new mobile phone mast business on the stock market in Frankfurt early next year.

The separation of Vodafone’s towers from the rest of the business in a bid to monetise the infrastructure was first announced in June last year. It has been operationally separate since May this year.

Growth in the UK’s private sector hit a five-year high in July following a “surge” in business activity that will raise hopes of a strong recovery from the depths of the coronavirus crisis.

The composite purchasing managers’ index (PMI) reading from IHS Markit’s closely watched survey came in at 57.1, far ahead of expectations and significantly above June’s figure of 47.7.

PMIs are an indicator of private sector activity and are given on a scale of 1 to 100. Anything above 50 signals growth, while anything below means contraction.

A reading of 56.6 for the services sector “indicated that business activity was firmly in growth territory during July,” according to IHS Markit.

But while the rise in activity came as an easing of coronavirus restrictions allowed many businesses to reopen, there were also reports that initial demand was weaker than expected, it said.

June marked the second strong month of retail sales growth, following record falls in March and April. Sales are now more or less where they were prior to the onset of the COVID-19 pandemic.

The recovery came as non-essential shops reopened from the middle of June and lockdown restrictions began to ease.

The ONS said not all shops were benefitting equally, however. Winners include grocers, DIY stores, and online retailers, which continue to account for almost a third of total sales.

European stocks fell sharply on Friday, tracking their peers in Asia as tensions between the US and China flared over a tit-for-tat shutdown of diplomatic missions.

Beijing said on Friday that it had ordered the US to close its consulate in the southwestern city of Chengdu.

The move follows the Trump administration’s closure of the Chinese consulate in Houston, and came after a speech from US Secretary of State Mike Pompeo indicated that relations between the superpowers had reached a new low.

“The ordering of the closure of the US’s Chengdu consulate, along with a ratcheting up of the anti-China rhetoric amongst US policymakers, has prompted further weakness as we come to the end of a week,” said Michael Hewson, the chief market analyst at CMC Markets UK.

What to expect in the US

Futures were also pointing to a lower open for US stocks on Friday. 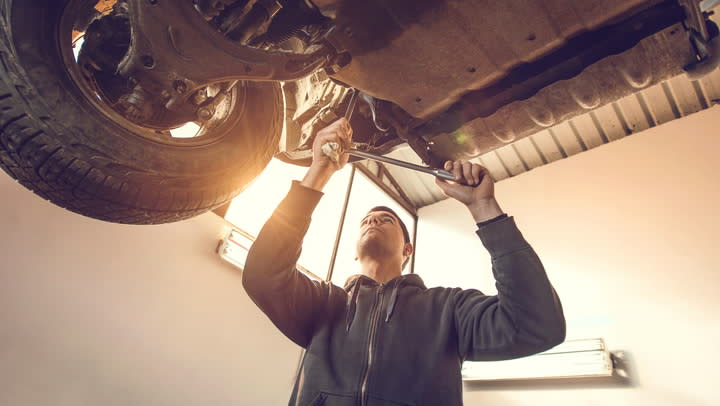