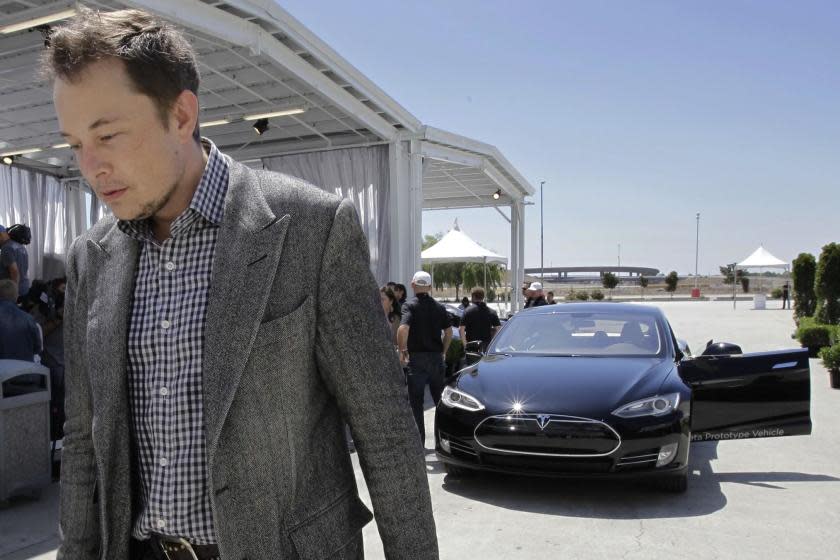 That sound Californians are hearing from beyond the Sierra and as far away as the Gulf of Mexico is bragging.

The announced headquarters relocations of Silicon Valley stalwarts Oracle and Hewlett Packard Enterprise have Texas and other states boasting about their success at drawing entrepreneurs and businesses out of the Golden State.

No more merchants or clerks are wanted; and of those who come hereafter, nine-tenths will go back disappointed or impoverished, or stay here paupers.

Horace Greeley, of California in 1860

One can even detect hand-wringing from this side of the state line. As my colleagues Hayley Smith and Hailey Branson-Potts reported, California’s population growth in the year ended July 1 fell to 0.05{09c3c849cf64d23af04bfef51e68a1f749678453f0f72e4bb3c75fcb14e04d49}, a level not seen since 1900. The trend was attributed in part to a “continued exodus” of residents exasperated by the cost of living.

The Sacramento Bee mined the same data and pronounced California “no longer a boom state.”

The narrative of California’s decline almost writes itself. In just the last month three major corporations have announced headquarters relocations or other moves out of California: Hewlett Packard Enterprise will move its headquarters from San Jose to Houston and Oracle from Redwood City to Austin.

Musk says he’s moving himself from Los Angeles to Texas because his two signature companies have operations there. Other tech companies are pondering whether they need, or want, to stay in California.

But can we get real for a moment?

Yes, the state’s population growth has slowed to a trickle. So has job growth, as my colleague Margot Roosevelt reports.

The flattening out of population growth looks like a “sea change” in historical terms, observes Hans Johnson, a demographer at the Public Policy Institute of California.

Johnson also notes, however, that “in some ways, the latest year’s data is just an incremental change from what we’ve been seeing over a couple of decades, which has been slowing population growth rates for California.”

He adds that the population trend isn’t anything like the hollowing-out suffered by the upper Plains states and Rust Belt cities such as Detroit, Cleveland and St. Louis, which lost more than half their population in the last 50 years.

“California doesn’t look like any of that,” he told me. “We don’t have areas where boarding up and demolishing houses is one of the big city government challenges. What we have in California is high housing prices because we haven’t been able to build enough housing. So we’re not able to attract more people to our jobs than we would have otherwise.”

That points to the most important challenge facing California government — housing. We’ll return to that shortly. Suffice to say that California, for all its pluses, has no cause to be complacent about the future.

History teaches us to be wary of hasty declarations that the California dream is over. From the days of the Gold Rush and the earliest years of statehood, visitors to California have noticed dross mixed with the glitter.

In an 1855 screed titled, “The Land of Gold: Reality Versus Fiction,” a transplant from North Carolina named Hinton R. Helper cursed the state’s “rottenness and its corruption, its squalor and its misery, its crime and its shame.”

Horace Greeley, famous for having counseled young men to “Go West,” bemoaned the spiritual and civic poverty of the Golden State following his own sole visit, in 1859. “In the course of several hundred miles’ travel through the vest settled portions of this state,” he wrote, “I remember having seen but two school-houses outside of the cities and villages.”

Greeley waxed poetic about the richness of the arable land but warned that “the deplorable confusion and uncertainty of land titles,” dating from the era of Mexican governance prior to U.S. annexation in 1848, “is the master-scourge of this state.”

The land disputes wouldn’t be settled for years to come — a portent of the role that real estate has played in the state throughout its history.

As it happens, by 1860 Greeley warned that opportunities in California were almost tapped out. “No more merchants or clerks are wanted; and of those who come hereafter, nine-tenths will go back disappointed or impoverished, or stay here paupers.”

Turning to population inflows versus outflows, it’s proper to keep in mind that California has experienced net out-migration to other states since about 1989.

In other words, when Sen. Ted Cruz (R-Texas) claimed during a Senate debate in 2018 that California was “hemorrhaging population,” he was lying.

Who comes to California, who leaves and who stays? The state has consistently attracted more college graduates than it loses, a phenomenon that Johnson termed the “brain gain” in an article last year. In 2012-17, he found, the state gained a net 162,000 residents among people with bachelor’s or graduate degrees, while losing net population in every other educational category.

Almost all the net gain was among college graduates aged 20 to 29. “From a labor market perspective,” Johnson wrote, “attracting young college graduates is especially advantageous. Young adults with college degrees are at the start of their careers and provide the state with much-needed highly educated workers.”

The state also shows a net gain among people with incomes of $110,000 and higher, while suffering a net loss in those with lower earnings.

It’s unsurprising that younger and lower-income residents are leaving the state. California’s high rents, home prices and other costs of living pose a particular burden on those cohorts, who tend to be less settled and therefore more mobile than older households.

Among the remaining factors in population are births, deaths and foreign immigration. California statistics are turning down in all three categories.

The fertility rate, roughly defined as the average number of children per woman of childbearing age, fell to about 1.65 in 2019 from 2.49 in 1990, according to the Department of Finance, which projects the rate to continue falling to 1.50 by 2040. Among the factors are shrinking immigration and the gradual aging of the population. The latter also account for a rise in the mortality rate.

What does all this say about the California economy? Not as much as you might think. Figures on the number of companies leaving California are easy to find — corporate relocation firms, which make their money by facilitating those moves, are happy to provide them as a way of soliciting more business.

But they tell only half the story. It’s one thing to say 1,800 businesses left the state in 2016, the most recent year available; quite another to observe that in the same year, 5,290 new businesses were formed, according to business applications. Since 2016, more new businesses have been launched in California than Texas every year except 2020 (thus far).

California’s rate of economic growth has largely paralleled that of Texas since the end of the last recession in mid-2009, but its economy remains much larger — $2.8 trillion in California gross domestic product as of the third quarter this year, compared with $1.8 trillion in Texas.

Thus far, the investment scene in Silicon Valley appears to have kept up well in this pandemic year. That’s according to Fenwick & West, a Mountain View law firm that tracks venture capital flows. In its most recent survey, the firm found that venture financing was especially strong in life sciences, while software financings were holding their own in comparison to 2019.

These statistics provide some useful context for lobbyists’ complaints about California’s poor business climate. The objections generally boil down to high taxes and intrusive regulations.

Things are never that simple, however. California’s personal income tax is high — especially for top earners such as CEOs, who have a strong voice in relocation decisions. Earners of more than $1 million a year face a 13.3{09c3c849cf64d23af04bfef51e68a1f749678453f0f72e4bb3c75fcb14e04d49} marginal state tax rate in California, but would pay nothing in Texas. California’s property tax, however, is relatively low (thanks to Proposition 13).

Oracle, Hewlett Packard Enterprise and Tesla won’t escape much in the way of California corporate taxes because those are based on the share of sales taking place in the state. More than 40{09c3c849cf64d23af04bfef51e68a1f749678453f0f72e4bb3c75fcb14e04d49} of Tesla’s domestic sales are in California. Oracle and HPE say they are leaving most of their California staff in place, but planning on doing more hiring elsewhere.

California labor and environmental regulations are undoubtedly irksome for many employers and entrepreneurs, but they are designed for the welfare of the community. Musk has groused plenty about labor and public health rules, of which he’s a serial flouter.

Tesla has been accused of safety violations on the factory floor and defied government orders to shut down during the pandemic. Perhaps Texas will be more indulgent if Musk opens a factory there, but that might not be entirely to his workers’ benefit.

Lurking within all these statistics, to be sure, are grounds for concern about California’s future.

The cost of housing is a persistent and intensifying drag on growth. It’s a challenge that the state’s leaders and voters have been utterly unable to get their arms around.

Oracle, Hewlett Packard and other companies should be believed when they say that they find it easier to recruit young workers to locations such as Austin or Miami than to the Bay Area, where owning a home is a forlorn dream for all but the highest earners and those already with a foothold in the California housing market. Most don’t leave California because they want to, but because the cost of living leaves them no other option.

There are limits to what can be done about California’s housing crisis. Plainly the state has not built anywhere near enough affordable housing to accommodate growth. But that’s not entirely because of planning and regulatory issues.

To some extent, the problem is geographic: San Francisco, which is surrounded by water on three sides, has nowhere to expand, in part because its residents demand restrictions on density. That has been exacerbated by the gentrification of the city, which has placed much of its real estate outside the reach of the middle class.

Much of the rest of urban California has run out of room within sane commuting distance of central cities or nearby suburbs. Some of the pressure might be alleviated by better mass transit, but progress on that front has been painfully slow and public acceptance has been weak.

One imponderable for California’s future is the long-term impact of COVID-19. The work-from-home habit has liberated millions of employees from the necessity of living near a central office and may have relieved pressure on California rents, if not home prices, but how much that lifestyle will last beyond the end of the pandemic is impossible to say.

It may be that the future will be one of slower growth for California than the state has seen in the past. Whether that might even be a good thing is a question that demographers will be watching closely. For now, they’re dealing with a historic anomaly.

“For a Western state to join the ranks of states with zero population growth,” Johnson told me, “is something we haven’t seen before.” 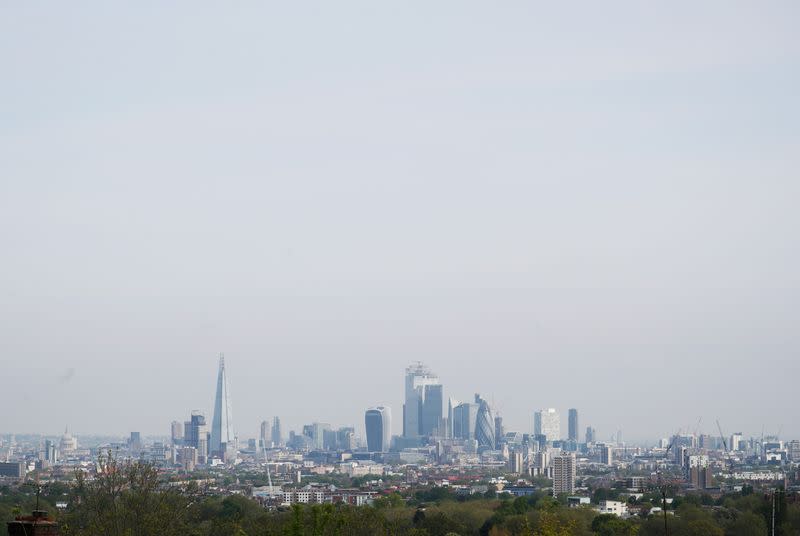 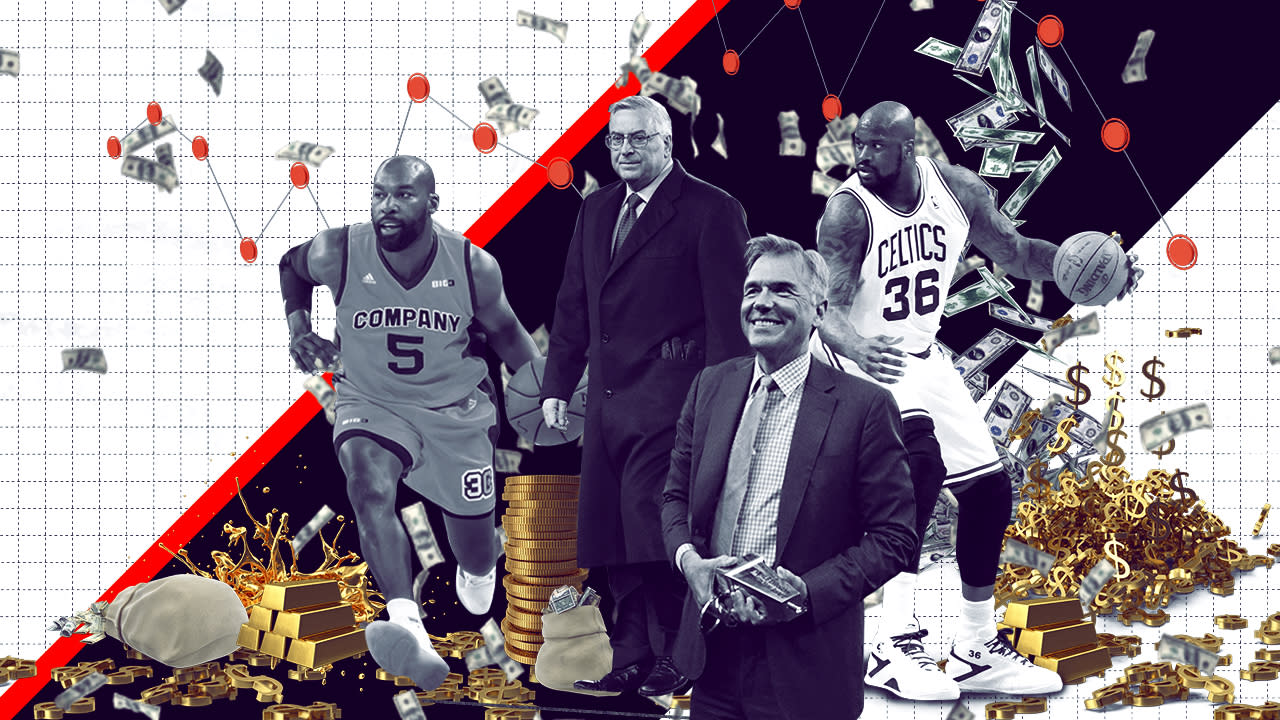 Next post What A Special Purpose Acquisition Company Means For Sports