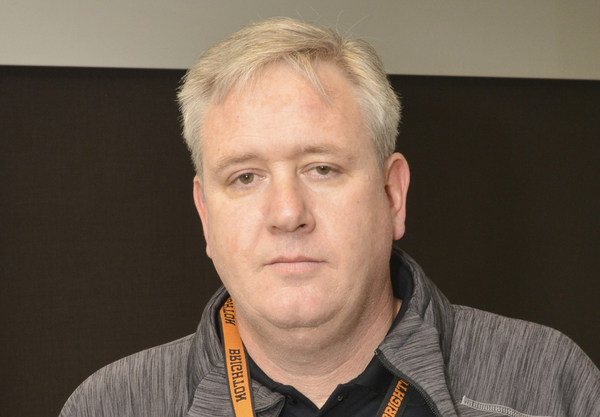 Currently, players in football, soccer and volleyball are required to wear masks. For a short time this week, the wording of the executive order appeared to add three sports that have been in session for a month, tennis, golf and cross country, without any warning. They were later taken off the list.

“There are a number of questions that haven’t been addressed,” he added, “and frankly, I don’t want the cure to be worse than the disease.”

Thompson also criticized the delay in getting approval for fall sports, which came in mid-August for cross country, golf and tennis, and early September for football, volleyball and soccer. He added the same goes for the decisions on when to start school and school funding. Thompson said the deadlines did not sneak up on the governor, her staff, or anyone else.

“I have many concerns about that decision, not only the decision itself, but the process in making it,” he said. “The process of explaining it and trying to provide guidance for schools the state government is responsible for.”

And, Thompson says, there likely will be more challenges in about six weeks, when the winter sports season begins.

The full text of the letter is below:

An open letter to Governor Whitmer and Staff,

I am writing to you regarding the “mask” order for organized athletics.

I cannot make sense of this unenforceable mandate. You are trading one concern in which data shows has minimal impact on kids for another risk that god forbid could cause a kid an even greater harm. Student athletes at all levels across the country have had cardiac and other oxygen related traumas occur while participating in sports and activities. The World Health Organization has stated and still states “that people should not wear masks when exercising”. This is a decision you cannot reasonably expect people to follow, nor can you reasonably expect to enforce it. I understand that you may not be or may have staff that are not excited about school sports being played but this really is a poor mechanism to blunt the opportunities that were allowed in E.O. 176. Nothing was enforced all spring and summer as non-school sports played on.

I am sure that the Governor and staff will say that all E.O.s are not made with politics in mind but the Governor and her staff should have better political instincts than this. Aside from disenfranchising many, many families and voters with this non-uniform mandate, god forbid if something really bad happens, which I pray does not, but it’s your E.O. and a decision that did not have to be made. People for the most part are doing their best in complying with E.O’s, masks, etc., but this gets eroded by these types of actions and or reactions.

You invoke a new order but the new order says nothing new. You only realized that you had conflicting language in #176 & #153 which has happened time and time again in E.O.s involving school sports. You now are requiring masks for Girls Golf, Boys Tennis and Cross Country where none were required a month ago when they started on August 12th, or are you? E.O. #180 makes no mention of Girls Golf, Boys Tennis and Cross Country but then uses the language “For example, an athlete participating in a football, soccer, or volleyball game”. So is it that by not mentioning those sports you are saying they do not have to wear masks? If so then please just say so and admit you made a mistake on E.O. 176. People would respect that. Again, this makes no sense. You allowed little league baseball, and all kinds of recreational and travel sports including those categorized as “high risk” to go on all summer long; no masks, no restrictions, no enforcement and ignored the topic. All this while your good faith partner the M.H.S.A.A. has patiently worked to collaborate with your office. However, now it’s different, and by default all the kids and adults they serve are treated differently. Will you now require masks for non-school golfers who play in weekly leagues “organized” by their course or country clubs? How about adults or kids who play recreational flag football? How about the senior citizens who play in tennis leagues? How about the local running groups who gather in my community and run together? What about Field Hockey (non-M.H.S.A.A. sport) which is played by MI schools in the fall?

We do know according to media reports that a governor’s spokesperson stated that the Detroit Lions are exempt. Do they not merit the same protections our government is providing to others, whether they were asked for or wanted? Why is it different for them? Would it be or will it be different when Big Ten schools play sports? What about the winter and spring sports that have athletes doing out of season practices and workouts? Their sports have not been mentioned by name. Will bowlers, gymnasts, competitive cheerleaders, pole vaulters and sprinters have to wear masks? Seems very risky to have a kid flying through the air or tumbling on a 4 inch beam wearing a mask that could change position and impair vision.

Does the Governor and her staff know when the 1st day for school winter sports begin? It is currently slotted for 11/2/20. Should we expect more E.O.s on 11/2/20 regarding winter sports? This new E.O is not even 7 days old and required a new E.O., released in the evening, and still does not clarify anything. This is sloppy and erodes public confidence.

What about a student who has a medical note saying they cannot wear a mask while participating in sport? Where is that mentioned in the E.O.’s? If a school is presented with a medical note, what should the response be? Allow those with medical notes to participate mask free or deny their participation? If it is the first, then it means those with means and access have been given an out others cannot afford or access. That seems like perhaps an unintended or unconscious bias. If it is the first, who can sign off on a medical note? Is it a MD, DO, PA or a, NP? Can a psychologist, psychiatrist, or a chiropractor sign off? What is the process? Again, an unanswered question?

The Governor stated that the M.H.S.A.A. was being trusted to make the decisions on school sports. However, it seems like that trust is in soundbites and not in deed by the Governor, her staff, her attorneys, her medical professionals and all involved. I can and do say the same with the return to school planning process, school start up, and school funding. The governor, her staff, and to be fair government as a whole knew when schools started. As for school sports starting that date was known too. These things did not sneak up on the governor, her staff or anybody else. I understand that the Governor and her staff have been busy. I truly do understand and appreciate that the job is tough. However, we are all busy and working our way through a health crisis that affects not just physical health but social and emotional health.

Someone once said, “Very few burdens are heavy if everybody lifts.” On the issue of school sports you should use and avail yourself of the best partners available which are the M.H.S.A.A. , it’s member schools (private & public) who represent, have represented, and will come to represent a large majority of our great state’s citizens.