LYMAN, Ukraine (AP) — Covered head-to-toe in protective suits, forensic workers pulled several bodies wrapped in black plastic from a mass grave Tuesday in Ukraine’s devastated city of Lyman, part of an arduous effort to piece together evidence of what happened under more than four months of Russian occupation.

Ten body bags lay beside a roughly 100-foot (30-meter) trench from which authorities said 32 bodies have been exhumed so far in the city in Ukraine’s eastern Donetsk region.

The bodies were Ukrainian soldiers who had been buried together in a mass grave, the head of the Donetsk region’s military administration, Pavlo Kyrylenko, said in Lyman on Tuesday.

Another 22 civilians have been exhumed from individual graves at the burial site, located on the edge of a cemetery in a forested area on the outskirts of Lyman. Further exhumations are planned.

The burial site was the second found in Lyman so far, Kyrylenko said, adding that initial investigations suggested the bodies had been buried by local residents and not by Russians.

“We have already found more than 50 bodies of soldiers and civilians,” he said. “We have one long trench or mass grave … We are finding bodies and parts of bodies here.”

Lyman was liberated by Ukrainian forces at the end of September as part of a rapid Ukrainian counteroffensive which recaptured swaths of the Donetsk, Kharkiv and Kherson regions from Russian control.

As Ukrainian authorities entered the city, they found that many civilian residents had been killed by shelling. Others, mostly older people, had died during the Russian occupation because of a lack of food and medicine, Mark Tkachenko, communications inspector for the Kramatorsk district police of the Donetsk region, told The Associated Press last week.

The destruction in Lyman, a key rail and transit hub, is so widespread that large portions of the city have been completely destroyed. Ukrainian authorities are now working to restore basic infrastructure and investigate how civilians lived and died during the Russian occupation.

Forensic investigators on Tuesday lifted a black plastic bag from the trench and unzipped it to reveal a decomposed body in a bloody uniform of the Ukrainian armed forces. The remains were briefly inspected by investigators, then placed in another body bag and set among several others beside the trench.

Authorities said children have been found among the dead, and that most victims appeared to have died as the result of the heavy shelling that besieged the city for months.

They were cautious in describing whether any of the bodies exhumed Tuesday showed signs of having been executed or subjected to torture, emphasizing that the investigation was still in its early stages.

Other towns in Ukraine liberated from Russian occupation — such as Bucha, northwest of the capital of Kyiv, and Izium in the Kharkiv region — are now the sites of war crimes investigations.

Follow all AP stories on the war in Ukraine at https://apnews.com/hub/russia-ukraine. 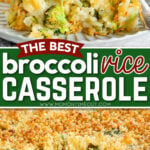 Next post Of SIEC-Test and Thresholds: Merger Control 2022 in Turkey