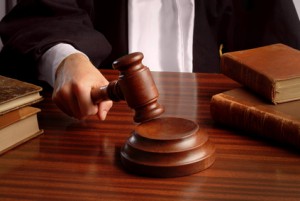 Black people are seven times more likely to be wrongfully convicted of a serious offense, including murder, than white people, according to a report released Tuesday by the National Registry of Exonerations.

In addition, Black people fall victim to police misconduct at a greater rate and experience longer prison times before exoneration, the report found.

The study, which analyzes exonerations for murder, sexual assault and drug crimes since 1989, highlights drug crime exonerations as an example of the disproportionate rate at which Blacks are wrongfully accused and convicted of crimes—often the result of racial profiling.

“Innocent Black people are about 19 times more likely to be wrongfully convicted of drug crimes than innocent white people,” the report said. “Many are stopped and searched because of racial profiling, which then leads to wrongful drug convictions.

“Worse, many other Black people are deliberately framed by police officers who plant drugs on them or lie about drug crimes that never happened.”

The result: some 69 percent of drug crime exonerees are Black and 16 percent are white, even though Black and white people use illegal drugs at similar rates.

“Of the many costs that the War on Drugs inflicts on the Black community, the practice of deliberately charging innocent defendants with fabricated crimes may be the most shameful,” University of Michigan Law Prof. Samuel Gross, lead author of the study and Senior Editor of the Registry, said in a statement accompanying the release.

The study, Race and Wrongful Convictions 2022, found that although Black people comprise just 13.6 percent of the population, they accounted for 53 percent of 3,200 exonerations as of Aug. 8, 2022, when the study was completed for publication.

But the disparities were still significant in serious crimes, with police misconduct also playing a role. 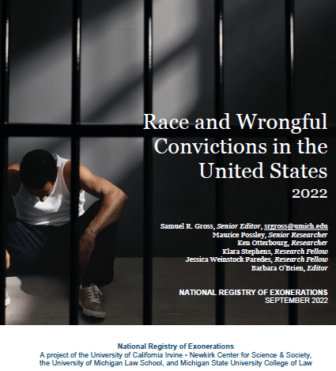 In addressing the racial disparities against Black people, the study’s authors said racism is at play, “but the most powerful reason the officers who carry out these outrages focus on Black people is simple: That’s what they always do.”

The Registry now includes more than 250 defendants who were framed by police for fabricated drug crimes, the statement said, noting that more are added regularly.

Other authors of the study were: Maurice Possley, senior researcher with the Registry; Ken Otterbourg, Registry researcher; research fellows Klara Stephens and Jessica Weinstock Paredes. Barbara O’Brien was the editor.

The full report can be found here

James Van Bramer is Associate Editor of The Crime Report. 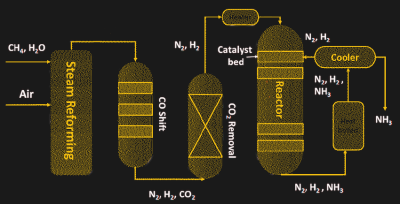 Next post Japan Wants To Decarbonize With The Help Of Ammonia