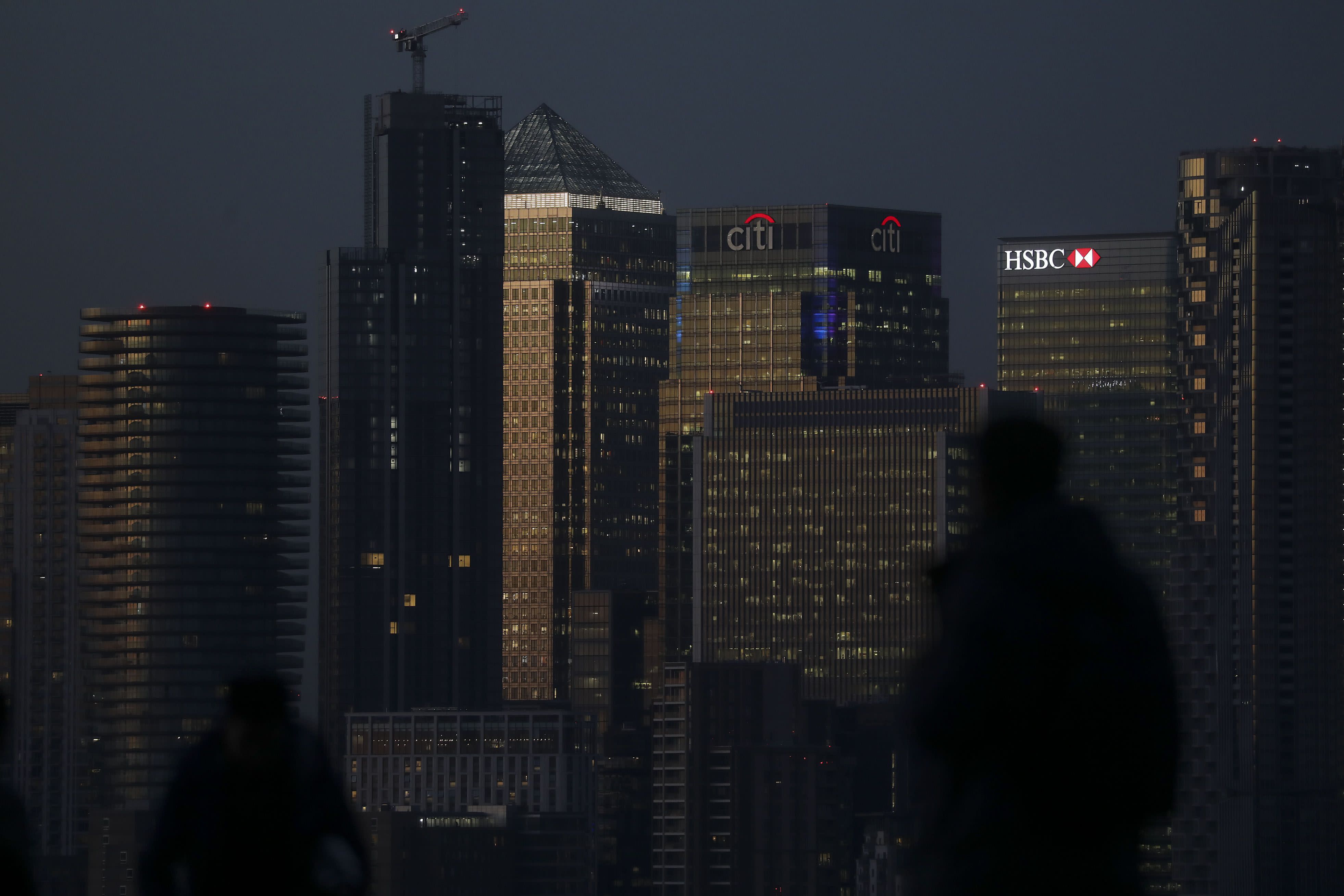 (Bloomberg) — One after another, the heads of the largest U.K. banks have made a flurry of public statements in recent weeks, pledging to improve the representation of Black men and women among senior management.

HSBC Holdings Plc Chief Executive Officer Noel Quinn vowed in a staff memo to double the number of Black staff in senior roles by 2025. Lloyds Banking Group’s Antonio Horta-Osorio issued a “Race Action” plan. Barclays Plc CEO Jes Staley told Bloomberg Television that “we need to move away from statements and get into constructive measures going forwards.” The next day, Bill Winters went on air to say that Standard Chartered Plc needed to boost the diversity of senior management.

Away from the cameras, change seems as far away as ever in the sector. There are zero Black chief executive officers or chairmen at any major institution. Black employees at firms across the City of London speak of the trials they face on a daily basis.

One trader wearing white sneakers on casual Friday is told by a senior colleague that he looks like a rapper. Another had to listen to a head trader singing to his team all the lyrics to Kanye West’s Gold Digger, including the N-word. A third says his name is mispronounced even by managers who know him.

“The experience of Black professionals in the City is a dire one,” said Mark Kamugisha, a consultant who has been at several City firms and now works abroad. “Moving up is impossible and you are always paid less than your counterparts.”

In the U.K., even measuring any progress is likely to prove difficult. About 2.7{09c3c849cf64d23af04bfef51e68a1f749678453f0f72e4bb3c75fcb14e04d49} of jobs in the financial and insurance sector are done by Black people, according to a 2020 survey by the Office for National Statistics. But there’s no breakdown by role or seniority. The U.K.’s Financial Conduct Authority, which has made promoting diversity a top priority for the industry, doesn’t yet track the racial and ethnic makeup of firms under its watch.

Bloomberg asked other major U.S., U.K., Swiss and French banks to disclose their number of Black employees and how many occupy senior positions. All declined to share the data.

Finance is hardly the only sector with such issues — no FTSE 100 company has a Black CEO and discrimination cases across all industries are soaring in the wake of Black Lives Matter protests — but the failure is especially jarring in the context of the City of London, which rose to prominence in part off the back of slavery and colonial oppression.

Even without comprehensive data, the scale of the challenge ahead is clear.

Bloomberg spoke to a dozen Black finance workers of various ages and titles about their experience in the City. Their accounts show that Black people are still subject to a raft of discrimination, from inequality in pay to casual stereotyping and barriers to career advancement.

Consultant Kamugisha says that the challenges begin even before getting to your desk. “I’ve walked into a lift with two white people and been looked up and down, implying ‘what am I doing here’,” he said. “Having that day in, day out wears you down.”

Emeka Njokanma, head of emerging market local rates trading for Europe and Asia at TD Securities, says that despite graduating with high grades from a top university, he had to send out more applications and took “a significantly longer route to get a job in the City than my white peers.”

Others say they are excluded from the informal networks that get them noticed. Tutu Agyare, one of the first Black traders on the London Stock Exchange, said that Black people aren’t given a fair chance to compete for senior roles. “There are biases around putting people in positions to help them succeed.”

Many say they are held to a higher standard than peers to advance and have to work harder to prove competence.

“There aren’t many Black traders around,” said Njokanma. “I do feel extra pressure to be exceptional and set a good example.”

Certain jobs and promotions seem to be off limits. One banker, who asked not to be named because he still works in finance, said that early in his career when rotating desks he realized the chances of being in client-facing roles like M&A were slim. There were more middle-office opportunities, where there was little to no interaction with mainly white clients. The banker eventually left the City altogether.

Microagressions and insensitive comments by work colleagues make Black people feel like outsiders, according to Miranda Brawn, a finance and diversity executive. “Many have learned to silence themselves, leave their true self at home and ‘be on guard’ when it comes to race,” she said.

With Black Lives Matters protests widespread, there’s certainly a fresh impetus to the sector’s work to redress the balance.

Efforts include the Business in the Community group’s Race at Work Charter outlining principles for companies that are determined to increase minority representation at all levels. Almost all major banks operating in the City have now signed up, although critics say it lacks teeth.

But decades of inaction means meaningful change will take years even with the vocal support from the City’s leading banks over the past few weeks.

“I wouldn’t say the banks have failed on diversity,” said Jonathan Ashong-Lamptey, a diversity consultant who has advised RBS. “That implies they have tried when in reality it hasn’t been their priority. Companies are starting to respond now because for many it represents a reputational risk.”