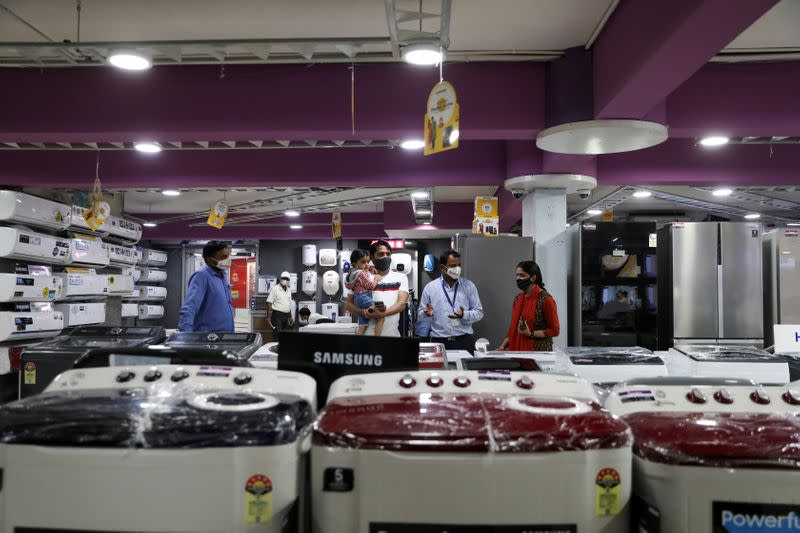 NEW DELHI (Reuters) – India’s ruling party has urged the government to put more money in the pockets of middle-income families in the next budget and cut the costs of raw material for small and medium-sized businesses, a party spokesman said on Thursday.

After the coronavirus impact shrank the economy in the last two quarters, Prime Minister Narendra Modi’s government wants to boost spending on projects for roads, ports and pipelines in the next fiscal year to revive businesses and generate jobs.

Modi’s Bharatiya Janata Party (BJP) feels that while the poor received free rations and businesses got state-guaranteed loans and other concessions, the economy will benefit from slimming the tax bill for the middle class with more generous standard deductions.

“The middle-income group is feeling a lot of pinch, and they need some support,” said Gopal Krishna Agarwal, who handles the BJP’s communication and coordination on economic affairs.

“Incentivising consumption by them would also help the industry,” Agarwal told Reuters, days after meeting the finance minister to discuss budget suggestions by party members. “I can say the budget will take care of the middle class.”

The government ranks more than 300 million of India’s population of 1.35 billion among middle-class consumers.

Finance ministry spokesman Rajesh Malhotra said no ministry official would comment on the budget for the new fiscal year, which begins in April, until the document was unveiled in parliament on Feb. 1.

Another proposal is to raise the depreciation allowances on items like cars, plant machinery and consumer durables such as refrigerators so that consumption increases and tax outgoings of businesses fall, Agarwal added.

For medium-sized and small businesses, the government could also look to lower the import duties on some raw materials such as copper and base metals.

“Raw material costs are rising not because of demand but because of supply constraints for consuming industries, and they are asking for some relief,” Agarwal said.