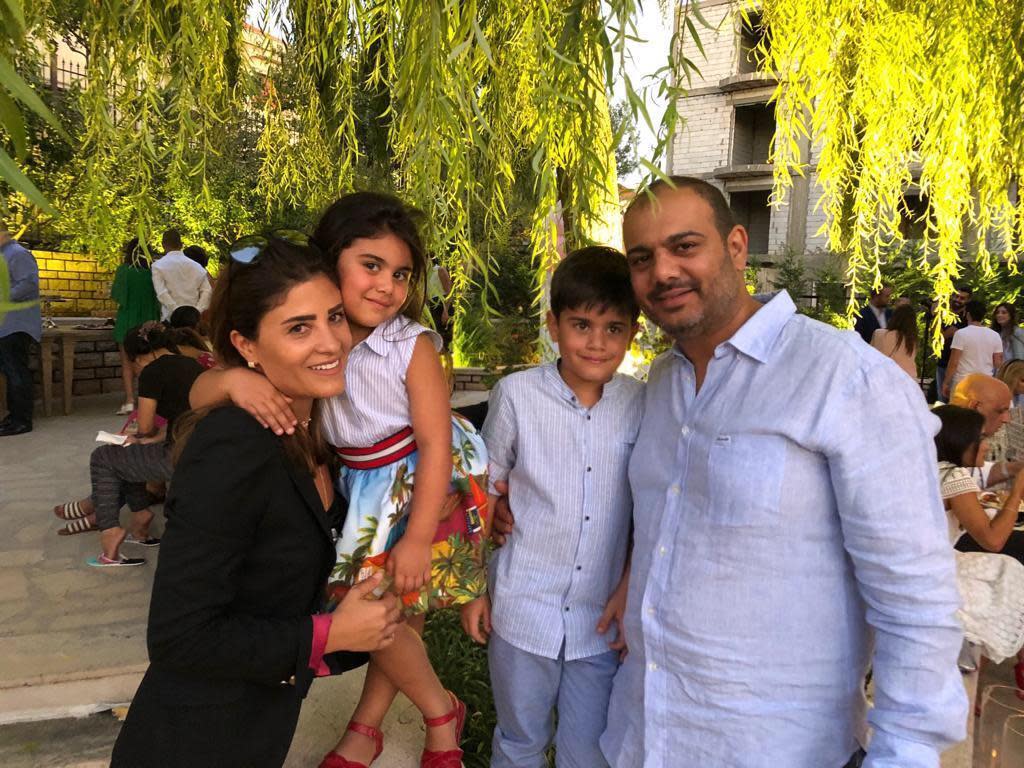 BEIRUT (AP) — A close twin sister, now separated forever. An attentive and doting husband who sacrificed for his family and promised his wife the moon. A student financing his education by working double shifts at Beirut’s busy port.

Although the city was mired for years in civil war and other regional violence, its beauty and cosmopolitan nature attracted fashion designers, architects and business leaders eager to make their names, as well as migrants seeking to earn money to send back home.

In an instant, thousands of lives were affected by the blast that appeared to have been caused when highly explosive ammonium nitrate being stored at the city’s port ignited.

Among those who were lost:

Jessy Kahwaji Daoud and her twin sister Joyce were seemingly together for all of their 31 years.

They went to the same schools, took the same classes and saw each other often as adults. They each were raising a young daughter.

Immediately after Tuesday’s explosion, Joyce called Jessy, knowing that she was working on the ninth-floor geriatric ward of Saint George Hospital University Medical Center. The hospital is near the port, where the blast occurred.

A man answered the phone instead and said he found it ringing next to the body of a bleeding woman.

“I knew immediately that this was my sister,” Joyce said.

By the time they could get her to another hospital, Jessy was dead.

Joyce described her sister as “someone who loves life and always had a smile on her face.”

“She wasn’t supposed to die young,” Joyce added. “We were born together. I wish we’d died together.”

The last time they saw each other was Sunday, two days before the explosion.

Joyce said her sister loved her daughter fiercely and showered her with attention.

“She left me her daughter at least. That’s what we have left of Jessy,” said Joyce.

A DOTING HUSBAND AND FATHER

Soha Saade and her husband, Jihad Saade, were at Saint George Hospital, caring for their 6-year-old daughter, Gemma, who was being treated for Hodgkin lymphoma. The daughter had one more day of treatments left at the hospital before they were scheduled to leave.

They saw smoke billowing outside and Soha went with nurses to see if there was any reason for worry.

Then, “the world exploded,” she said.

She returned to her husband of more than 10 years to find him bleeding from his head.

At that moment, she had a choice: Carry out her sick and terrified daughter, who was still connected to IV lines, or focus on helping her bleeding husband.

She decided to focus on her husband, struggling to carry him as she walked barefoot over broken pieces of glass down nine flights of stairs. Strangers helped her until her brother arrived.

“He didn’t even open his eyes. I saw his soul (leave his body),” Soha said.

Jihad was a deeply attentive husband and father to Gemma and their son, Karl, always making sacrifices for his family, Soha said.

“He was carrying a big load. Everyone was counting on him,” she said.

He worked as a hotel manager in Lagos, Nigeria, where he was raised. Although they lived apart, he would visit Lebanon every two months, using the money he earned to also help his parents and sister.

“He would tell me every day, ‘Don’t worry, my love,’” Soha recalled. “If I wanted the moon, he would bring it to me. He would never make me angry.”

On Sunday, he gave his wife one final present — a new set of pajamas — and brought Gemma a plate of her favorite tabbouleh salad.

Her chemotherapy treatments over, Gemma is now staying with relatives while Soha recovers from the shock.

The hospital itself was knocked out of service by the blast, and Soha still cannot get over the circumstances of her husband’s death.

“You are not supposed to die in a hospital,” she said. “This is what is killing me.”

Once a month, Joe Akiki worked a double shift at huge grain silos at Beirut’s port.

He was on that shift when an initial, smaller explosion shook the port right next to the silos on Tuesday. The 23-year-old took out his phone, shot some video and sent it to a friend.

Then the bigger blast occurred. He never answered his phone again.

“He sent the video of the fire and then disappeared,” said Wassim Mhanna, the mayor of Akiki’s hometown of Kfardebian, which is a famous ski resort north of Beirut. “We realized something was wrong, but we had hope.”

His mother, Nohad, was interviewed earlier this week by a local TV station and said, “My heart tells me he is under the rubble, but I am still waiting.”

While she waited, Nohad prayed that somehow he had survived.

An electrical engineering student, Akiki worked at the silos for three years to finance his studies. He drove to Beirut and back most days while he also took afternoon classes.

He had a dream to improve his parents’ and own life. “They went through real hardships raising them,” Mhanna said.

His mother, who had lost another child aged 5, discouraged him from emigrating.

“She would tell him, ‘No, don’t leave. Who would leave the land of cedar trees?'” Mhanna said, referring to Lebanon’s famous symbol. “Now we are worried about the (parents).”

Akiki has a younger sister, 16.

Previous post Truth Is the First Casualty of Pandemic Finance