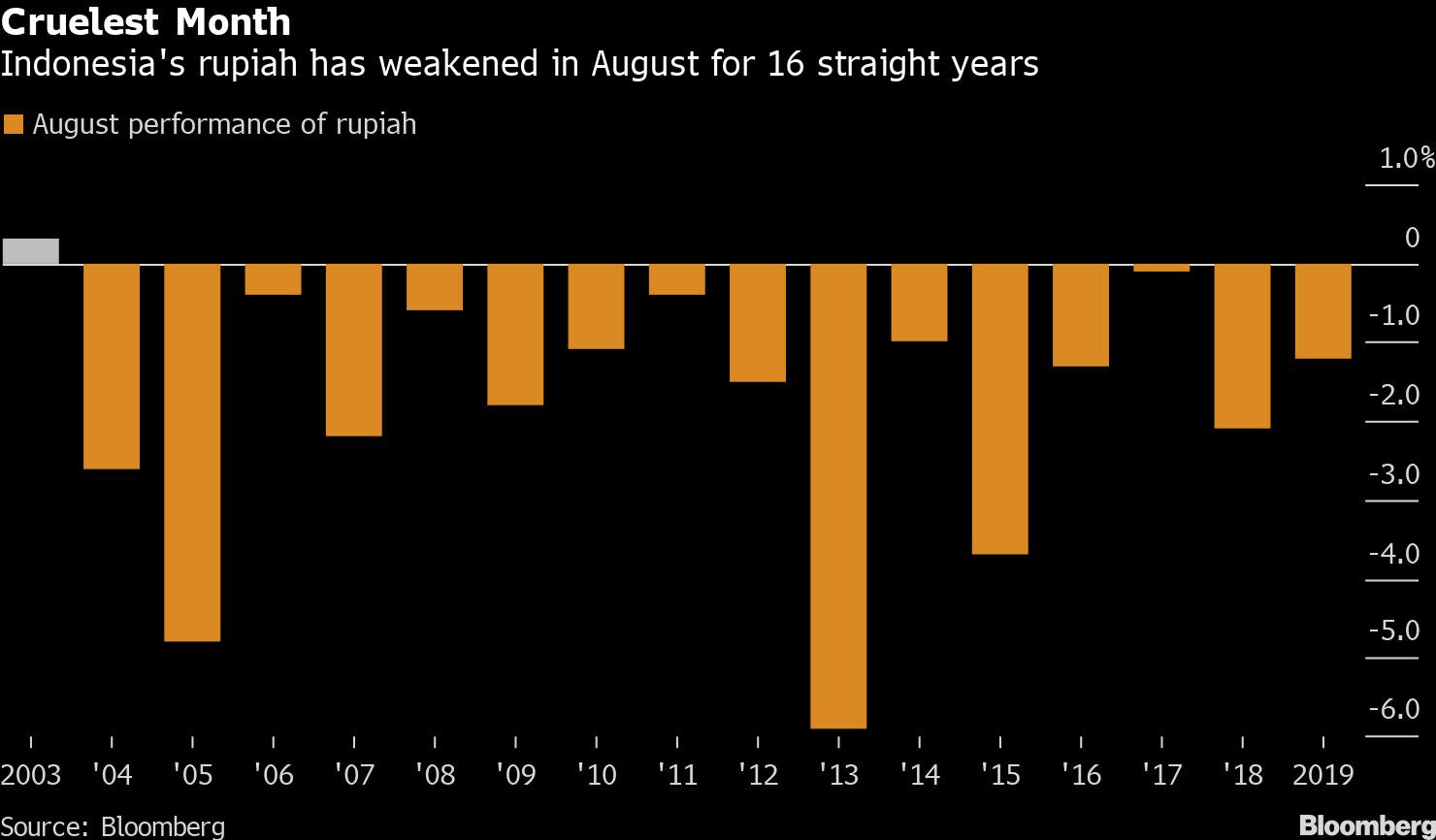 (Bloomberg) — Indonesia’s rupiah has depreciated more than any other emerging-market currency this month. Past performance suggests August will see further losses.

The record shows the rupiah has weakened against the dollar in August for 16 consecutive years, the only emerging Asian currency to show such a trend. It may have less to do with sentiment or policy though, and more to do with the fact that dividend payments are made to overseas investors from April to July and withdrawn the following month, according to Australia & New Zealand Banking Group Ltd.

“We are approaching a period of the year which has tended to see the rupiah come under pressure,” said Khoon Goh, head of Asia research at ANZ in Singapore. “The reason behind this August effect has usually been attributed to repatriation of dividends by foreign investors.”

Indonesia’s currency has tumbled since early June as the central bank cut interest rates twice and signaled there may be more easing to come. Policy makers reduced the benchmark to 4{09c3c849cf64d23af04bfef51e68a1f749678453f0f72e4bb3c75fcb14e04d49} last week, the lowest level since the current rate system was adopted in 2016. They have also pledged to buy billions of dollars of bonds directly from the government to helped finance virus-recovery spending.

Things were very different last quarter. The rupiah was the best performer in emerging markets during the three months through June 30 as investors were attracted to the country’s relatively high real yields amid the unprecedented global stimulus.