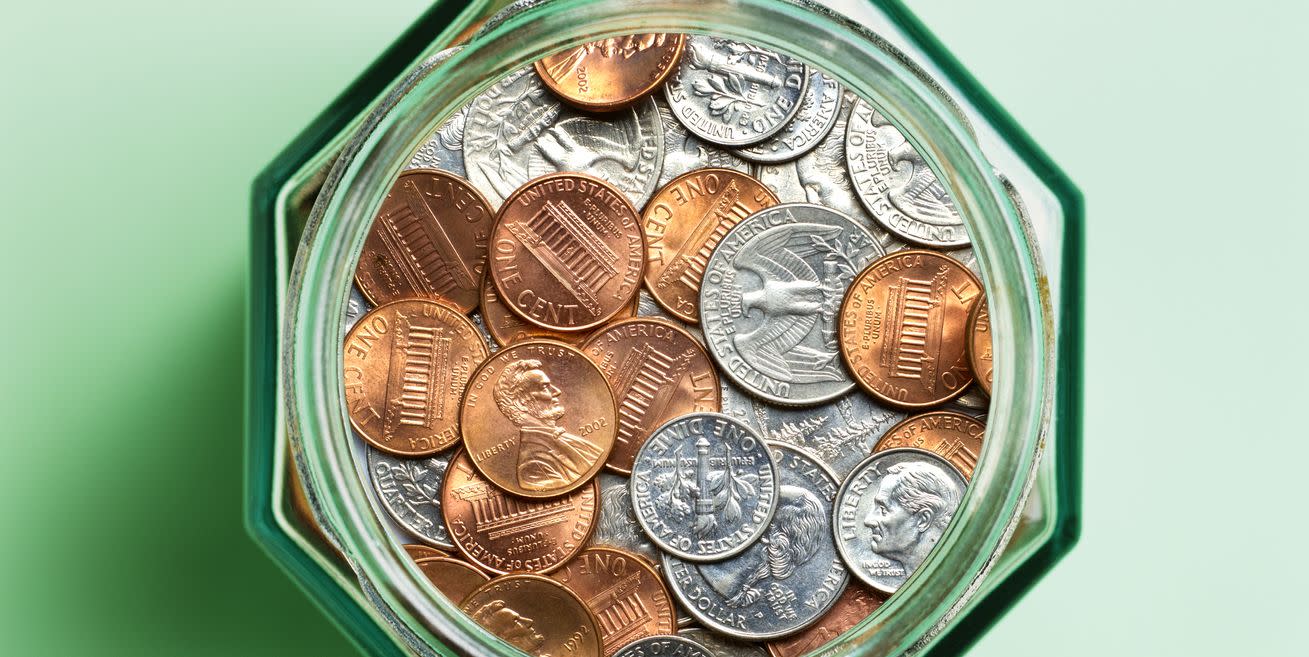 If you’ve shopped at Walmart or CVS recently, you may have noticed that many checkout lanes are designated as debit or credit only — that’s because the United States Federal Reserve announced it was experiencing “low coin inventories” due to the pandemic. Per the organization, which is in charge of regulating the national inventory of change and how it’s distributed to banks across the nation, the Fed is “strategically” rationing coins to banks for two reasons.

Social distancing and safety measures caused employees in the U.S. Mint to slow production on new money, also compounded by the fact that many people have been spending less physical cash over the last few months (meaning cash doesn’t make its way back to a bank). “The flow of coin through the economy… it’s kind of stopped,” Jerome Powell, the chairman of the Federal Reserve, said in a public forum in June. And The Wall Street Journal also reports that coin deposits are down 50% since March.

Local businesses are also being impacted by the shortage, from cashiers at major retailers to laundromats to gas stations. According to NPR, many Walmart locations have converted its self-checkout registers to take cards only, Kroger is offering customers the change they’re owed from their checkout back on loyalty cards, and Wawa stations are asking for coin rolls in exchange for bills. There’s a good chance you’ll come across a retailer that asks you to pay with cards or exact change until the Fed shores up the shortage over the next few months.

But the solution to the shortage isn’t necessarily all on the Fed: Fast Company reports that more than $47 billion in coins are already in circulation, which means many Americans are simply holding onto change that they’re not spending at the moment. In fact, an expert told Forbes that what we’re experiencing is a circulation disruption rather than an actual shortage. “A disruption is a better way to describe it,” Yiming Ma, assistant professor in the finance division of the Columbia Business School told the outlet. “It’s reflecting the fact that, once circulation is resumed, these disruptions will ease out.”

Still, banks and even some retailers are working on programs where there’s some good incentive to bring in spare change (or stocked coin banks!) that may be laying around.

It all depends on the area you live in, but there’s a good chance that credit unions and local branches of national banks will actually pay you extra value for change. A Wisconsin-based bank, Community State Bank, made headlines this week when it announced that it would offer a $5 bonus on $100 worth of coins, up to a $500 bonus. Some banks have offer a percentage bonus on any coins customers bring in: In Maine, Gorham Savings Bank (a statewide institution) offers a 10% buy back for any coins you bring in. According to American Banker, local branches of JPMorgan Chase in New York have also offered to buy back coins from customers, at various rates in different locations. And stores may also provide free counting services, such as Quick Trip, a chain of convenience stores spread throughout the South and Midwest, the Dallas Morning News reports.

When in doubt, call a local branch of a state or community bank or credit union to inquire about any buy back programs.

Other ways to turn change into cash:

If you can’t find a local bank or retailer that is looking to buy back coins, or count them for free, head to your nearest grocery store — there’s a good chance that a Coinstar machine is there. Coinstar allows you to do the following with your spare change: