All who know “Harry” are wild about him.

The first EPOS mower in the state of Tennessee and the eighth in the country was deployed in the Lakeway Area this week at Appalachian Outreach in Jefferson City as part of a test.

The test is being facilitated in part by Leeper Hardware, an authorized retailer of Powershed, Solar Alliance’s solar powered charging station for robotic lawnmowers. Leeper Hardware is also the official installer for Husqvarna robotic mower systems in East Tennessee.

Mowing is a common method of weed and vegetation control and is often labor intensive, needing to be completed several times a year. Robotic mowers can provide several benefits for customers including reducing noise pollution, eliminating emissions and reduce labor costs. Due to their design, robotic mowers also eliminate the risk of debris such as rocks accidentally being thrown from the mower and damaging solar panels.

“(Harry) is the first one to be deployed with solar in the U.S.,” Williams said. “(Leeper Hardware is) excited to be partnering as the installing dealer with Solar Alliance Energy, Appalachian Outreach and Husqvarna in deploying this as an opportunity to research how the mower responds to solar.”

Powershed is a product that allows customers to cut the cord and place a robotic mower anywhere the sun shines. Solar Alliance continues the process of commercializing “Powershed,” a solar powered charging station for robotic lawnmowers that simplifies and improves the operation and use of robotic lawn mowers. Solar Alliance also continues to test Powershed with popular brands of mowers such as Husqvarna.

Solar Alliance developed the design in cooperation with a researcher from the University of Tennessee and a provisional patent application has been filed with the U.S. Patent office, which provides intellectual property protection pending a full patent application. The first Powershed unit has been installed at the University of Tennessee and also started operating this week.

According to Williams, there are two types of auto mowers.

“One is a system that uses a wire in the ground, similar to an invisible dog fence,” Williams said. “The second one is wireless.”

In the study with Solar Alliance, the Automower works amazingly well with the system at Appalachian Outreach.

“We are excited to see that,” he said.

A second unit has also been deployed at the University of Tennessee in Knoxville.

“We have a module that connects to a satellite, then it controls the boundaries wirelessly for where the mower goes,” he said. “There is no digging. You can have power from solar panels with Solar Alliance or a Powershed. This unit is set out, continuously and maintains the level of grass.”

“Harry” has three pivoting blades underneath it that are safe for home or commercial use. It also has an alarm if someone has thoughts of stealing it.

“If one were to try to take it, the unit is equipped with an alarm. I could come and get it via Global Positioning System,” Williams said. “All of them are made that way.”

Williams said that the Automower system is the healthiest form of cutting because it is only cutting right around 1/16th of an inch per time it cuts, which is “very healthy” for the grass.

When an object is in the way of an Automower, sensors in the front forces “Harry, the mower” to turn.

The EPOS unit used at Appalachian Outreach is a two-wheel drive, one-acre unit. Over 24 hours, it will mow for two to three hours then charge for an hour.

“We’re using essentially clean energy where there is no cost to maintain the device,” Williams said. “The idea in Knoxville is to combine with a Powershred in being able to run without a cost to its customer once it’s installed.”

According to Williams, wired units start out at $1,599 with top-end mowers priced at $4,299. Options are available, including all-wheel drive.

“We see tremendous potential for this technology as the electrification of landscaping equipment intensifies,” Williams said. “We also believe that combining robotic mowers with Solar Alliance’s Powershed technology will open up new markets and further drive the electrification process. This week marked a first for this technology to be deployed in a solar field in Tennessee and we are excited about the opportunity to work both with Solar Alliance and Appalachian Outreach on future projects with Powershed and large autonomous mowing opportunities throughout East Tennessee.”

Jean-Ann Washam, executive director of Appalachian Outreach was looking for a way to protect the solar panels from possible damages from any objects that may fly through a lawn mower.

After partnering with Solar Alliance and Husqvarna five years ago on the panels, “Harry, the robotic mower” is a win-win for the organization.

“Solar Alliance had an investor to put in the solar panels five years ago,” Washam said. “We’ve benefited from the panels by receiving a percentage of what energy is gleaned from them.”

“Harry” fits the bill for the solar panel area, according to Washam.

“First of all, that is a self-contained area, we have to be careful about the area around the panels,” Washam said. “Damages to the panels will be greatly reduced by using the robotic mower. To be one of 30 in the entire nation is exciting.”

The mower also helps Appalachian Outreach to maximize its resources.

“It takes time and energy to mowing that area. If we don’t have to do that, we can spend more time directly helping people,” Washam said. 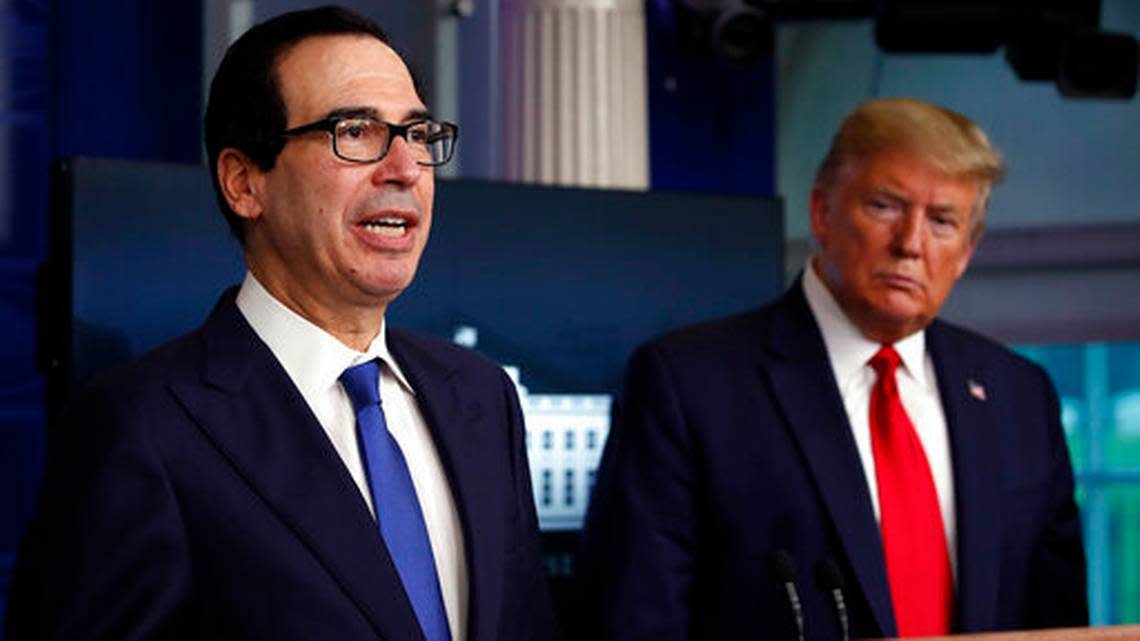