WASHINGTON (AP) — The man accused of attacking Paul Pelosi, the husband of House Speaker Nancy Pelosi, will be charged Monday with threatening the spouse of a federal official, according to a source briefed on the investigation.

The imminent federal charge against David DePape, 42, comes days after police say he broke into the Pelosi’s home in San Francisco and struck the Democratic leader’s 82-year-old husband in the head with a hammer. He was left seriously injured in the attack, underwent surgery for a skull fracture, and suffered other injuries to his arms and hands.

Federal prosecutors will charge DePape with influencing, impeding, or retaliating against a federal official by threatening or injuring a family member, according to the source, who was not authorized to discuss the investigation publicly.

The announcement of the imminent federal charge comes as San Francisco’s district attorney is set to announce state criminal charges as well against DePape. He was arrested Friday on suspicion of attempted murder, elder abuse and burglary and is expected to be arraigned on state charges Tuesday.

San Francisco’s district attorney, Brooke Jenkins, also rejected conspiracy theories about the attack, confirming the assailant was targeting the Democratic leader when he broke into the couple’s home and confronted Paul Pelosi. 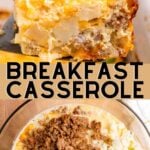