Shared.com is a content producer. It ran Facebook self-service ads and participated in Facebook’s “instant articles” program that let Facebook embed ads in its content in exchange for a revenue cut. Starting in 2018, Shared “lost access” to the instant articles program three times, each time (allegedly) without advance notice despite the applicable TOS saying Facebook “will use good faith efforts to provide Publisher with notice of” any termination. Facebook also allegedly slow-paid Shared, which allegedly caused Shared to lay off 18 employees. Shared also allegedly had some self-serve ads bounced and says it did not get sufficiently detailed explanations about why, which it thinks it’s entitled to per the applicable TOS. Finally, in October 2020, Facebook nuked the Shared account (and the personal accounts of some of its employees) and blocked Shared’s ads.

On a motion to dismiss, Facebook gets the account termination claims tossed due to Section 230, but the notice, explanations, and slow-pay claims all survive.

Shared claims that, contrary to the Facebook Terms of Service, Defendant suspended Shared’s access to its Facebook pages without first determining whether it had “clearly, seriously or repeatedly breached [Facebook’s] Terms or Policies.” At bottom, these claims seek to hold Defendant liable for its decision to remove third-party content from Facebook. This is a quintessential editorial decision of the type that is “perforce immune under section 230.”

This adds to the pile of failed account termination cases. See this article.

To the extent Facebook’s Terms of Service outline a set of criteria for suspending accounts (i.e., when accounts have “clearly, seriously, or repeatedly” breached Facebook’s policies), this simply restates Meta’s ability to exercise editorial discretion. Such a restatement does not, thereby, waive Defendant’s section 230(c)(1) immunity.

The fact that Shared may have lost data in the account nuking doesn’t change the outcome:

Allowing Plaintiff to reframe the harm as one of lost data, rather than suspended access, would simply authorize a convenient shortcut through section 230’s robust liability limitations by way of clever pleading. Surely this cannot be what Congress would have intended.

This is an important point because many account termination cases are driven by the data the plaintiffs have lost. The court says that data loss concerns can’t become a backdoor workaround to the account termination rules. Note that Florida’s social media censorship law has relevance to the lost data question, because it says services must “allow a user who has been deplatformed to access or retrieve all of the user’s information, content, material, and data for at least 60 days.” That part of the Florida law was removed from the injunction by the 11th Circuit, on the flimsy pretense that Zauderer permits it. Note that the data access issue crosses over to the consumer privacy laws, which may mandate consumer access to “their data” under specified circumstances.

The court says Section 230 doesn’t apply to Shared’s other claims, which the court says arise “out of promises that Plaintiff argues Defendant made to its advertising partners.” This includes Facebook’s alleged promises to provide notice and explanations as well as the slow-payment assertion. The court doesn’t acknowledge the implicit inconsistency that notice and explanations, like lost data, are also a workaround to the account termination rules. Then again, most services assiduously avoid implying that they will provide notice or explanations, which sets Facebook apart from many of its peers.

Notice and Explanations. The court says Facebook’s TOS could potentially support Shared’s interpretations about the notice and explanations provisions, so they are properly pled and can support the UCL claims.

Both the Florida and Texas laws require notice and explanations for account terminations, and both permit private actions over them. Those private actions won’t just address the binary question of whether some type of notice/explanation was given. Instead, the litigation will inevitably delve into subjective questions, such as whether the notices or explanations were accurate and sufficiently detailed. When I think about the potential volume and cost of such litigation, it gives me panic attacks. We could spend more time and money fighting over notices and explanations than we are spending trying to save the Earth from becoming a roasted crisp. Consistent with the 11th Circuit’s conclusion (but for different reasons), I have believe compelled editorial explanations are unconstitutional.

Here, the question is whether Facebook voluntarily adopted a notice and explanations promise even if it’s not legally required to do so. I would have counseled Facebook against making any such promises; or at minimum, wording them in such a way that they never could be actionable past a motion to dismiss. (For example: “we might notify you if we terminate or suspend your account, but maybe we will and maybe we won’t. Bonne chance.”). If Facebook adopted a binding commitment to provide a notice or explanation, that’s on them–but I wouldn’t recommend any other service copy those parts of Facebook’s TOS or otherwise think it’s harmless “user-friendly” puffery to commit to providing notice or explanations.

Even so, I suspect Facebook will find a way to wiggle free in this case once it can tell its side of the story. For example, the notice provision only requires Facebook to use “good faith efforts” to deliver notices, rather than guaranteeing delivery. Also, the provision does not say Facebook has to provide the notice in advance, and Shared has a lot of work to do to interpolate that requirement into the explicit text. 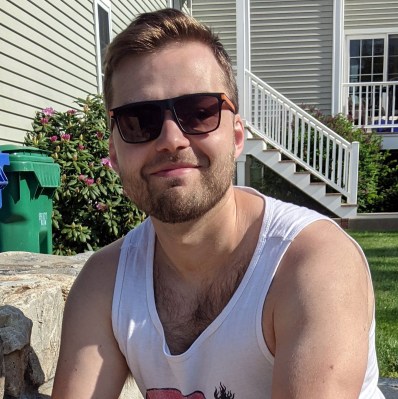 Next post Matthew [wrongbaud] Alt Is Fighting The Good Fight