Analysts expect Nike (NKE) to keep firing on all cylinders after the company announces its Q2 results after the bell on Friday, December 18.

Nike blew investors away with its Q1 earnings in September. It did this off the back of its direct to consumer business model it refers to as its Consumer Direct Acceleration. Nike saw digital sales surge 82{09c3c849cf64d23af04bfef51e68a1f749678453f0f72e4bb3c75fcb14e04d49}. Like the athletes tied to its brand, the consensus view is for Nike to continue to dominate.

Here are consensus estimates as compiled by Bloomberg:

“I just think it’s about DTC and China,” Susquehanna International Group’s Sam Poser tells Yahoo Finance. He notes that through investments made in its leadership and digital infrastructure, Nike was in a prime position to thrive when the COVID-19 pandemic accelerated consumer trends towards e-commerce.

“They didn’t know COVID was coming, but they knew this direct to consumer world was coming. And the start of the new CEO was really there ahead of this. Arguably it couldn’t have been a better time for Donahoe to start given what happened this year,” Poser said.

In January, John Donahoe became only the fourth CEO in Nike’s history, and brought a wealth of expertise in digital commerce, as the former CEO of ServiceNow and eBay.

“I do think that they are going to continue on the upswing. I think that this quarter has been very strong across the world, despite the pandemic. They’ve had a lot of great product newness, a lot of innovation, great fashion. And I think that it’s good they’ve really pulled ahead of a lot of the competition. I think that everything is just resonating,” he said.

“Marketing is working, the digital engagement is working, the product is working. When all the elements of the business are on point and working together, it creates a pretty powerful result. And I think that’s what we’re going to see.”

Cowen Equity Research analyst John Kernan notes that Nike’s focus on its suite of apps geared toward athletes and their performance will also help drive the company forward.

“It feels like they’re having a great quarter in North America … I think the top-line strength is there versus where Wall Street experts’ expectations are, and you know, [Nike is] accelerating where they said they would. They were going to do the consumer direct offense — they’re accelerating that, the digital transformation they’ve talked so much about. I think that’s pretty clear that they’re in the midst of that,” he said.

“Nike membership continues to grow Nike Training Club. I think it continues to be a pretty powerful vehicle for them and engaging with the consumers. I think they’re doing things differently than everyone else right now. … Their product cycle has really had some longevity to it. I mean, it’s just, we’re going on well, over a year now, they’ve been far outpacing a lot of their peers in footwear.”

“One of the things that makes Nike the company it is and probably going to be is that they rarely get complacent.” 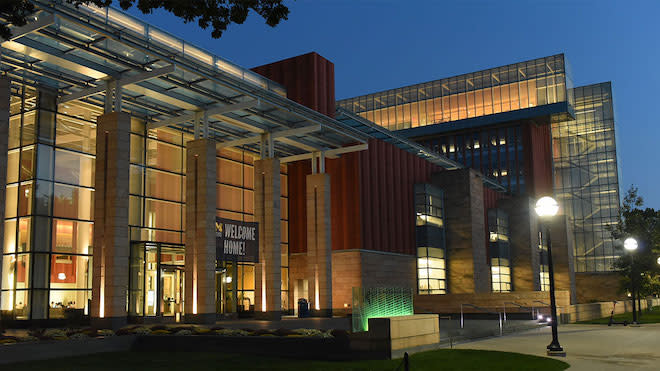