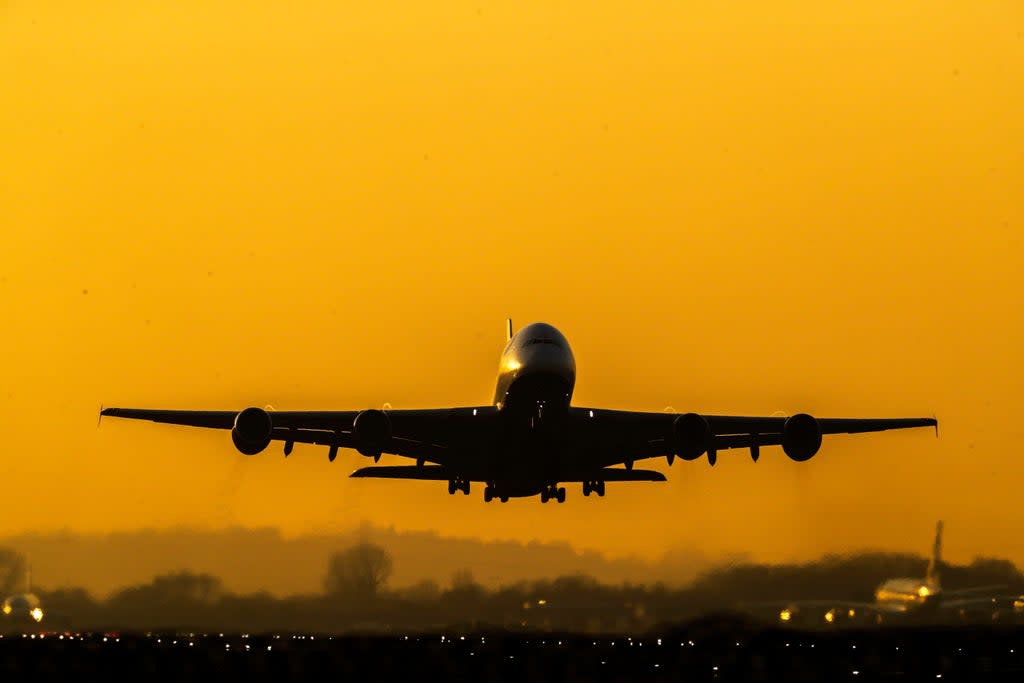 The unexpected tightening of government restrictions sent London’s biggest listed airlines and travel companies into a £2billion tailspin as hopes of a reprieve for the summer getaway faded.

Shares in easyJet and British Airways-owner IAG and Jet2 were down 5% while low-cost carrier easyJet plunged 6% on fears that Europe would lose another peak travel season.

Travel operator TUI which had also been counting on a rebound in bookings fell by 4%, while Ryanair and Wizz Air both dropped by around 3%.

The restrictions also dragged on the fortunes of Rolls Royce, the aircraft engine manufacturer and supplier of maintenance for jets, as recovery in its commercial business retreats a little further on the horizon.

The industry had hoped today’s review of Covid travel restrictions would open up more countries.

Instead, Portugal was removed from the ‘green’ list and the government announced that no new destinations would be opened up to quarantine-free travel dashing hopes that places such as Malta, Jamaica and Grenada could be added to the quarantine-free roster.

Several more countries are being put on the ‘red list’ that means returning travellers must go into quarantine hotels, thought to include Egypt, Sri Lanka, Costa Rica and Bahrain.

The holiday industry has already been battered by 15 months of lockdowns and bosses across the sector have warned it will be severely financially challenged if there is no reopening this summer.

Travel companies and airlines have already criticised the government for being overly cautious, saying that increasing vaccination rates and testing can make travel safe.

But worries over the spread of new more transmissible variants of coronavirus and the vaccine’s efficacy against them are now threatening that plan.

Heathrow CEO John Holland-Kaye said: “Ministers spent last month hailing the restart of international travel, only to close it down three weeks later all but guaranteeing another lost summer for the travel sector.

“In the week that the Prime Minister hosts G7 leaders to launch his Government’s vision of Global Britain, he’s sending a message that the UK will remain isolated from the rest of the world and closed to most of its G7 partners.

“If the Government is serious about protecting UK jobs and supporting businesses across the country, rapid action is needed to reopen flights to key trading partners, remove testing for vaccinated passengers from “green” countries, and slash the cost and complexity of testing, as other G7 countries are doing.”

easyJet chief executive Johan Lundgren said: “This shock decision to add Portugal to the amber list is a huge blow to those who are currently in Portugal and those who have booked to be reunited with loved ones, or take a well-deserved break this summer.

“With Portuguese rates similar to those in the UK it simply isn’t justified by the science.

“And to add no more countries to the green list when most of Europe’s infection rates are on a downward trend and many places with low infection rates below that of the UK, such as the Balearics with a current rate of 33 in 100,000 and Malta, with just 12 in 100,000, this makes no sense.

“Especially when domestic travel is allowed within the UK, despite a number of cities having infection rates 20 times greater than much of Europe.”

Susannah Streeter, analyst at Hargreaves Lansdown, said: “Caution is the name of the game for the British government, but it’s a bitter blow to the travel industry.

“As aircraft stay grounded, cash burn is likely to intensify eating into the financial buffers the airlines have built up through debt restructuring and rights issues.

“There is still a glimmer of hope that swift vaccination roll outs will make way for a late summer revival in fortunes, but the travel industry is now going to have to play an even bigger game of catch up.’’

Prime Minister Boris Johnson had warned the travel industry that protecting the country’s vaccine roll-out was his priority.

“I want you to know we will have no hesitation in moving countries from the green list to the amber list to the red list if we have to do so. The priority is to continue the vaccine rollout, to protect the people of this country.”