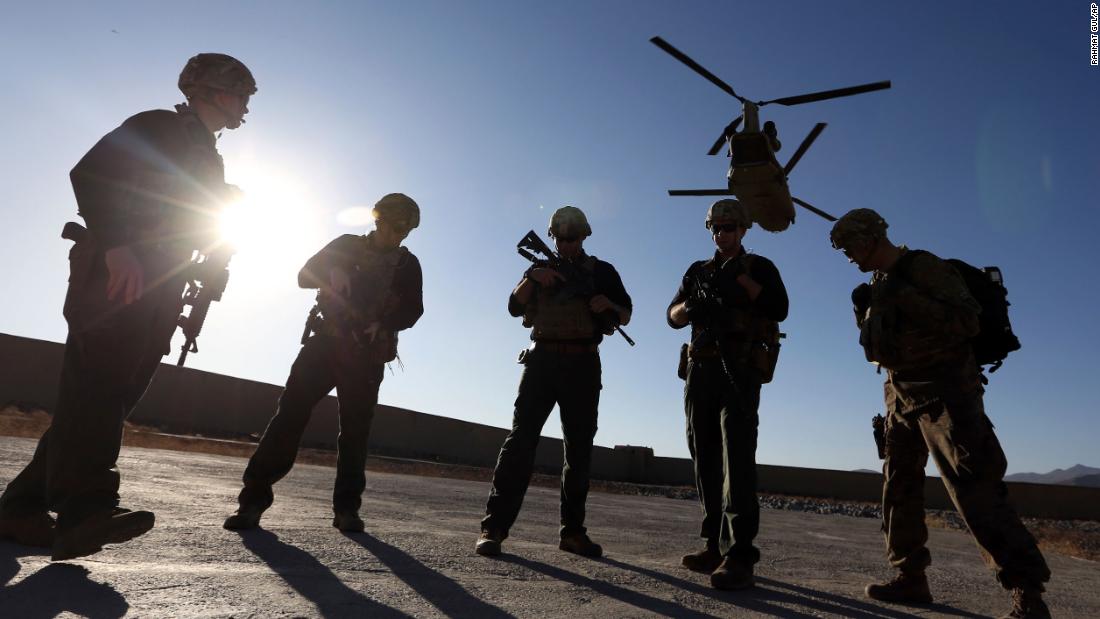 With just more than a week until the withdrawal is slated to begin, Gen. Frank McKenzie, the commander of US Central Command, which includes the Middle East and Afghanistan, told the Senate Armed Services Committee Thursday that military planners are looking at ways to continue operations in the country following the withdrawal and in the short term bring in “additional resources” to support a safe draw down of troops.

He said the US wants to be able to conduct counter-terrorism missions, at least from the air through the use of manned and unmanned aircraft, as well as carry out surveillance and reconnaissance. But there is no significant American military presence in the countries that surround Afghanistan – Pakistan, Tajikistan, Uzbekistan, and Turkmenistan – that would allow for the basing of US forces. The primary drones used in Afghanistan – MQ-1 Predators and MQ-9 Reapers – can reach the country from the bases of US allies in the Gulf, McKenzie said, but such flights dramatically eat into the ability of the drones to operate for extended periods of time.

US diplomats will look at the “art of the possible” to see if there are potential basing agreements with other countries, McKenzie added, but he made it clear that the plan is to withdraw every troop from Afghanistan – “zero is going to be zero” – with the exception of the forces needed for embassy security.

A defense official told CNN that McKenzie has requested a constant aircraft carrier presence in the region to provide air support, at least until the scheduled end of the withdrawal on September 11. The USS Dwight D. Eisenhower is currently operating in the region. In addition, the military is considering deploying several hundred additional ground troops to provide security, especially in remote areas where US forces are located. Force protection is a priority in any withdrawal or disengagement, but it has taken on an added urgency because of Taliban threats to attack US forces if they’re still in Afghanistan at the beginning of next month.

“I am confident we will have the combat capability to provide an overwhelming response should we be attacked or our allies and partners be attacked as we execute the drawdown,” said McKenzie at a Pentagon briefing Thursday. “We look every day, every hour at force protection in Afghanistan,” he told the Senate hearing.

McKenzie is set to provide a formal withdrawal proposal to Defense Secretary Lloyd Austin by the end of the month. At that point Austin will decide what military support will be sent to the region to assist the drawdown.

Still to be resolved is how the American people will be informed about the drawdown that begins no later than May 1 and ends no later than September 11. “The key is security,” a second defense official said. For remote areas like Kandahar and Jalalabad, there may be no public acknowledgement of the drawdown until it is completed.

Yet McKenzie painted a potentially grim future for Afghanistan after a complete US withdrawal, especially as the Taliban has kept up a high pace of attacks against Afghan forces, not just US or coalition troops.

“My concern is the ability of the Afghan military to hold the ground that they’re on now,” McKenzie told the committee. “I am concerned about the Afghan military to hold on after we leave and the ability of the Afghan Air Force to fly in particular after we remove the support for those aircraft.” US contractors provide crucial support and maintenance to the country’s Air Force, without which the aircraft may not be able to fly.

It is the intention of the US, McKenzie said, to bring out not only the remaining 2,500 troops in Afghanistan, but to withdraw more than 6,100 US contractors as well who support, maintain, train, and assist the Afghan government and military.

“The one thing I can tell you is that we won’t be on the ground with them.”