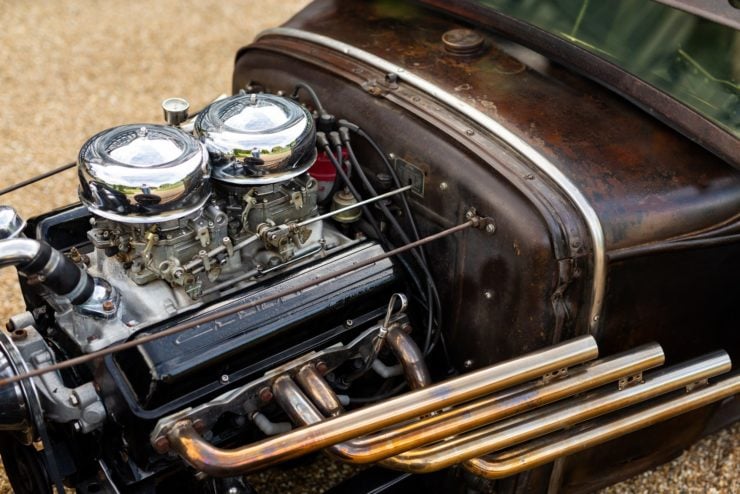 This Ford Model A “Rat Rod” was built in 2009 by the well-respected team at Bartley Wren Bespoke Fabrication in Temple Cloud, England. It’s powered by an early 283 cubic inch Chevy V8 and it’s based on a 1930 Ford Model A Standard Coupe all-steel body.

In a way, Rat Rods are a modern version of the very first hot rods – highly modified cars that started appearing in the 1930s for racing on dried lake beds. These cars were often hacked and welded together with little thought given to aesthetics – speed was all that mattered.

What Is A Rat Rod?

Rat rods are a modern homage to the true spirit of the first hot rods that were built back in the 1930s. They were usually junkyard specials designed for racing on quiet stretches of highway or dried lakebeds.

This 1930 Ford is powered by an early 283 cubic inch Chevy V8 with twin Edelbrock carburetors up top.

Rat rods are also a rebellion of sorts against the kind of chromed and highly-polished hot rods that have become popular over recent decades – evolving into cars that are often trailered show ponies that are rarely (if ever) actually driven on the road.

As an antithesis of this lawn chair hot rod world, rat rods are typically left unpainted or with much of their paint missing, steel body panels are allowed to develop some surface rust before often being given a layer of clear coat to preserve them and inhibit further corrosion.

Due to lower costs the barrier to entry into the rat rod world is relatively low, certainly when compared with modern hot rods, and as a result the rat rodding scene has exploded in popularity since the 1990s. And many in the mainstream hot rodding world aren’t that happy about it.

The rat rod you see here was built in Britain by Bartley Wren Bespoke Fabrication – a company that sounds like they’d be more at home restoring Blower Bentleys or Brough Superiors.

The rat rod world has long since expanded past the borders of the United States, and there are thriving communities in the UK, Europe, Japan, Australia, New Zealand, South Africa, and further afield. 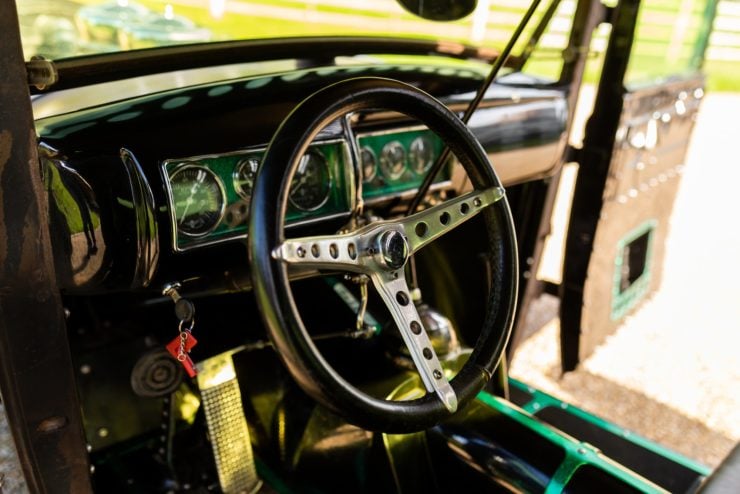 This build is based on a 1930 Ford Model A, specifically the Standard Coupe sub-model, with an all steel body that’s been channelled to allow it to sit noticeably lower on the chassis.

Body channeling has been commonplace in the hot rod world since the early days, in essence it involves cutting channels un the underside of the body for the chassis rails, the body then slots over the rails and sits closer to the ground.

Power is provided by a 283 cubic inch Chevy V8 topped with twin carburetors, and power is sent to the rear wheels via a TH350 three-speed automatic transmission which has been fitted with a shift improver kit and a B&M HoleShot torque converter.

Braking power is provided by 1940s-era Ford drum brakes, a notable improvement over the units from 1930s, and it has a combination of Excelsior and Firestone tires in staggered sizes.

The roof has a six-inch chop, that is six inches has been taken out of the A, B, and C pillars to lower the roof line. Inside it has handmade “aircraft” seats, Stewart Warner gauges, and a handmade three-spoke leather-trimmed steering wheel.

It’s now being offered for sale on Collecting Cars out if Surrey in the United Kingdom, if you’d like to read more about it or register to bid you can visit the listing here. 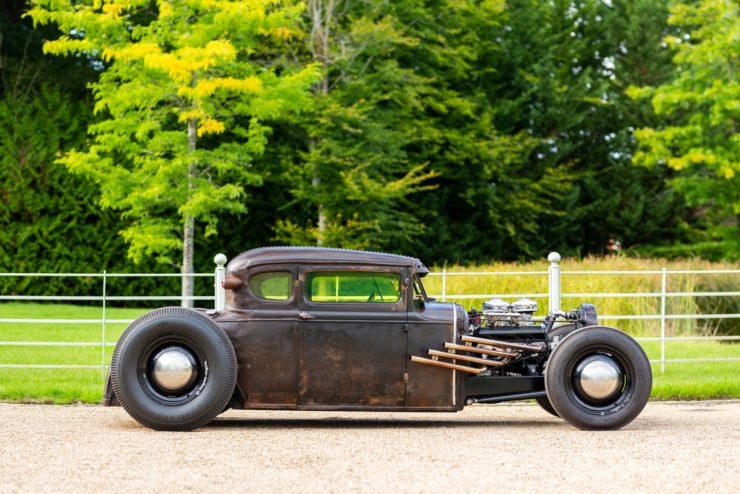 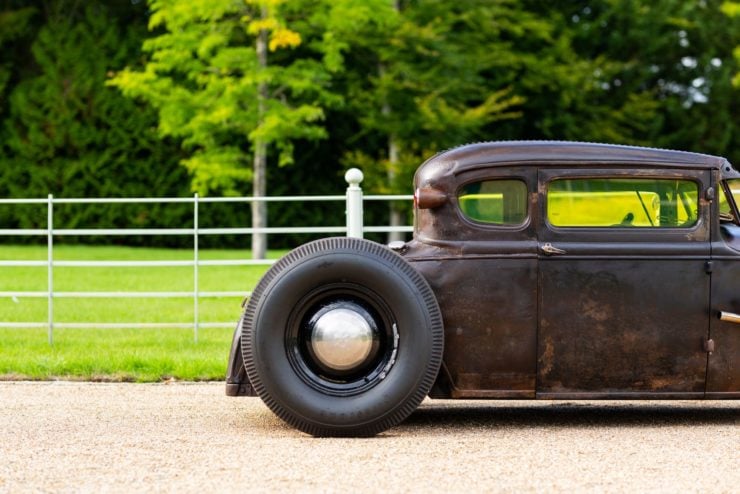 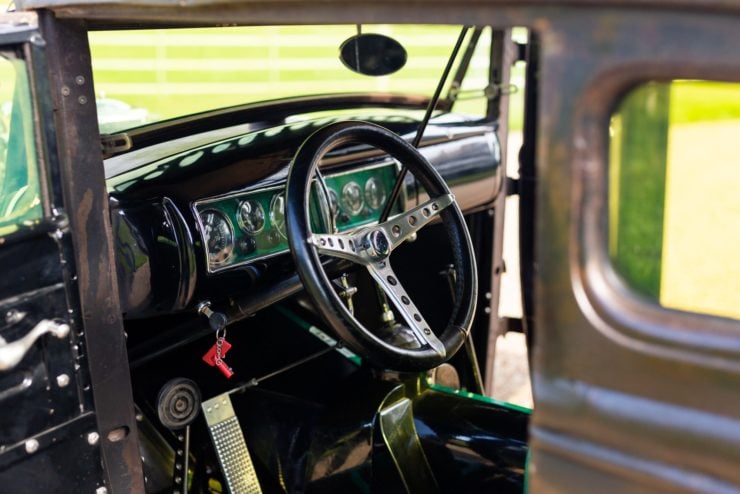 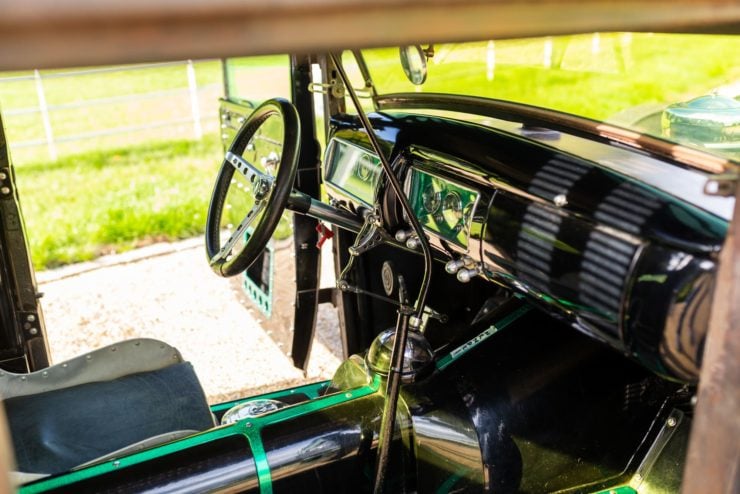 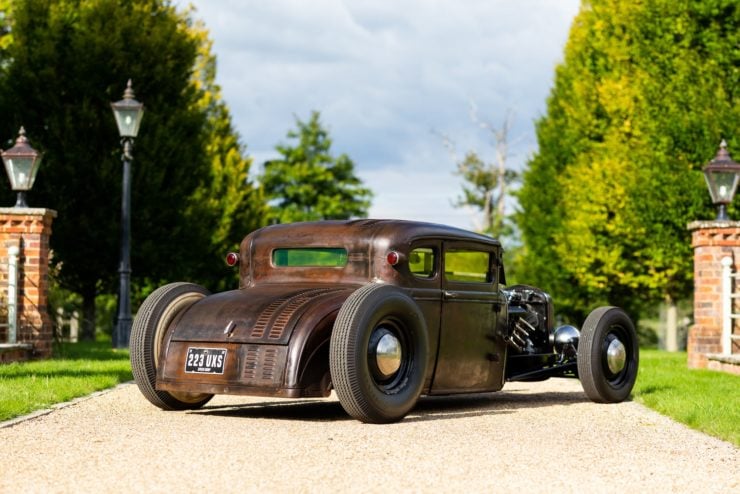 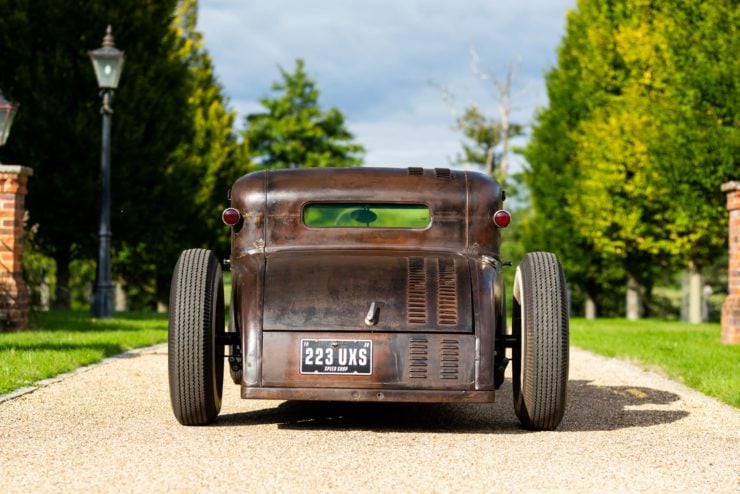 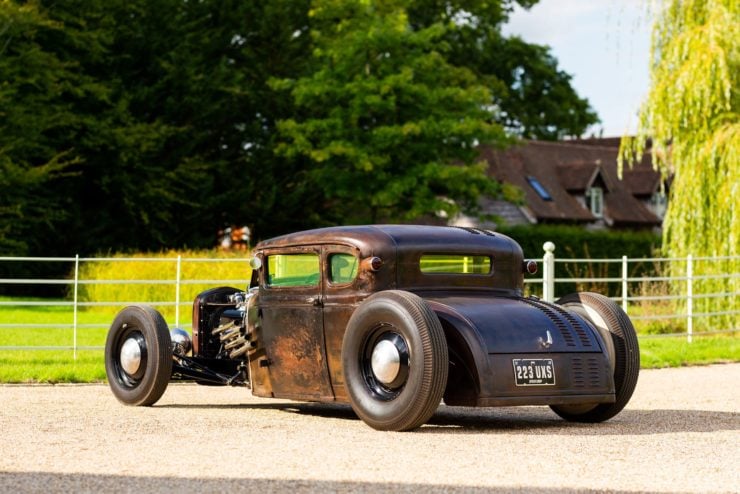 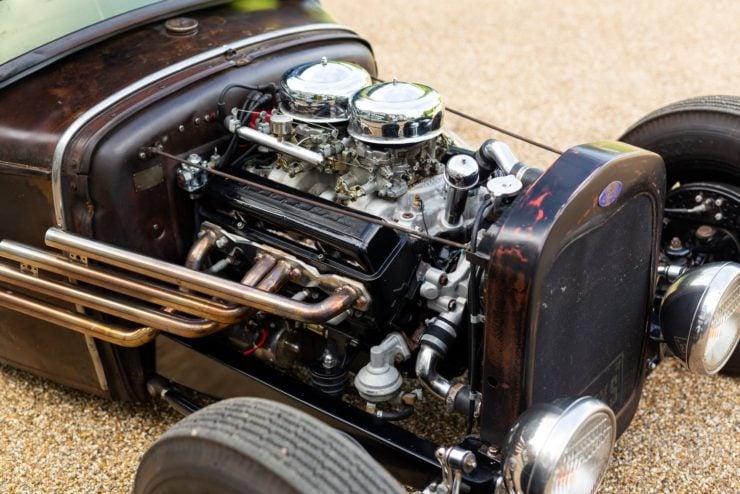 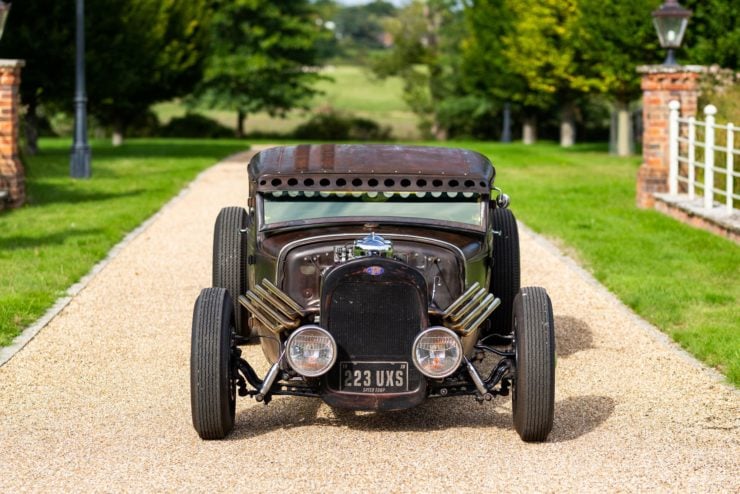 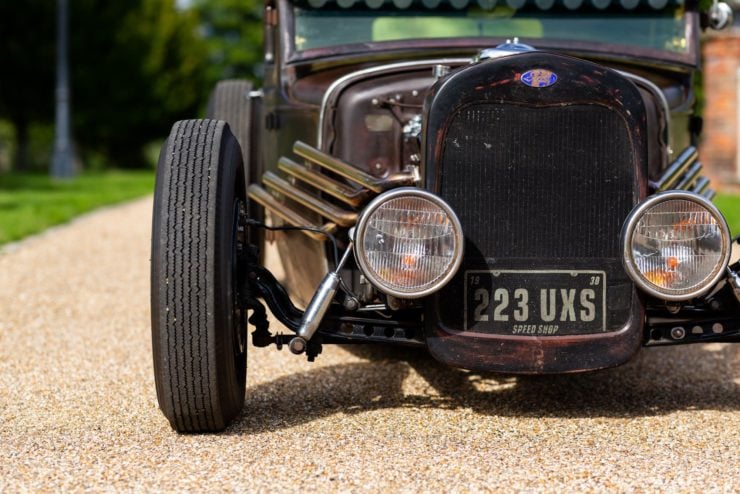 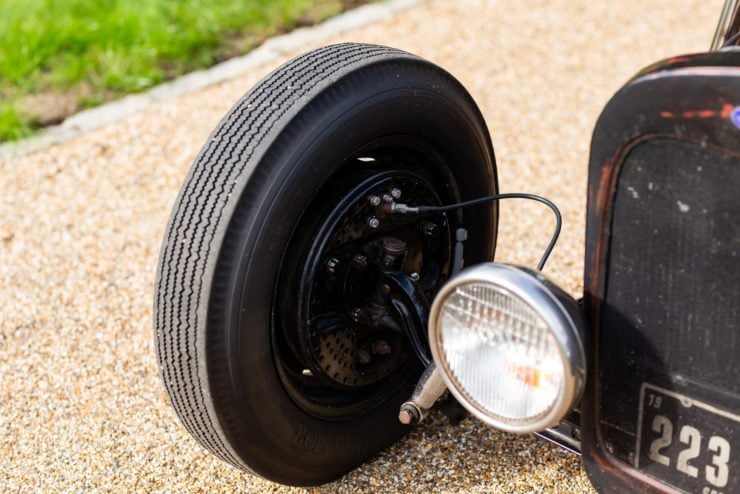 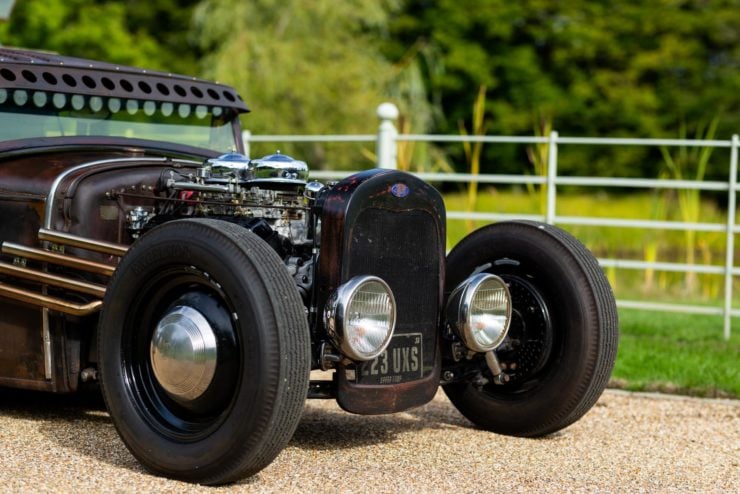 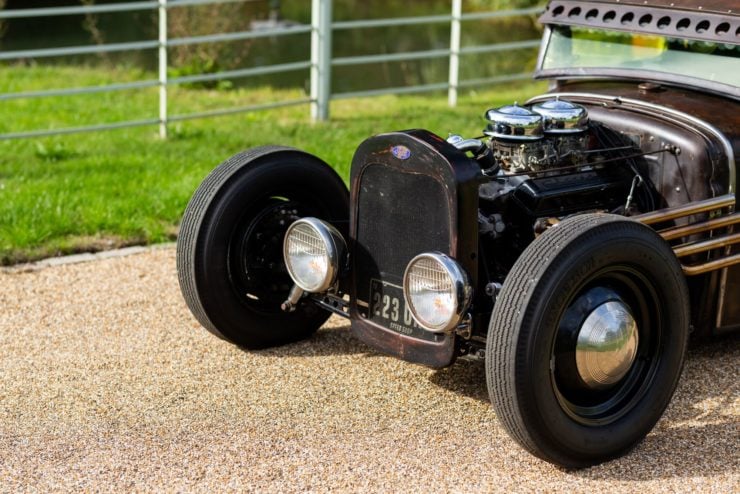 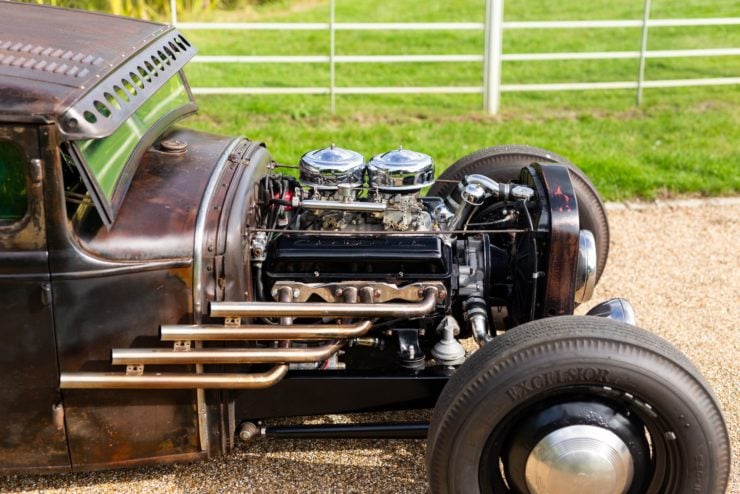 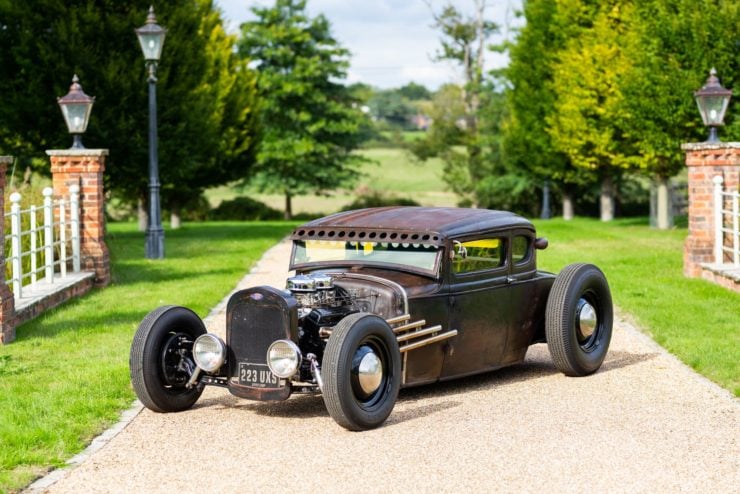 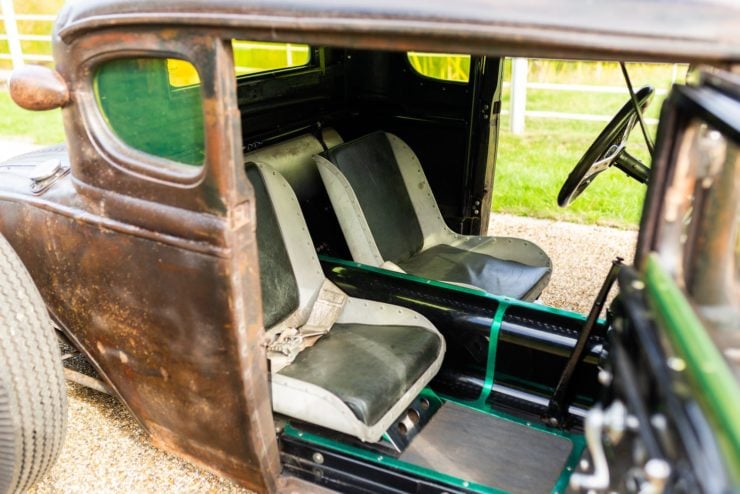 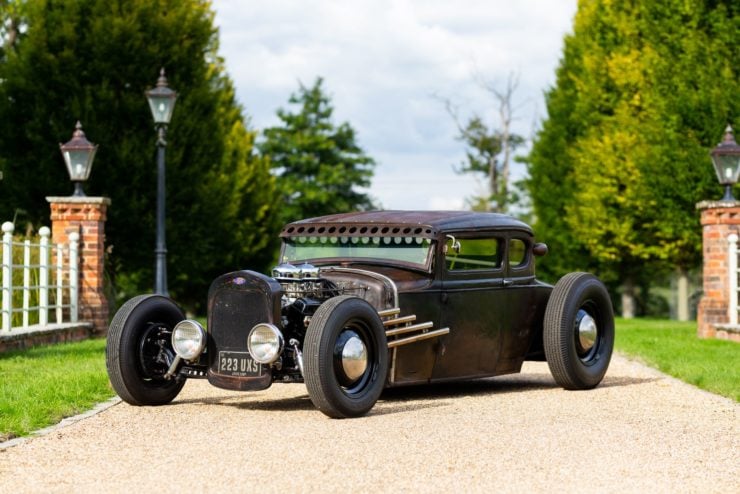 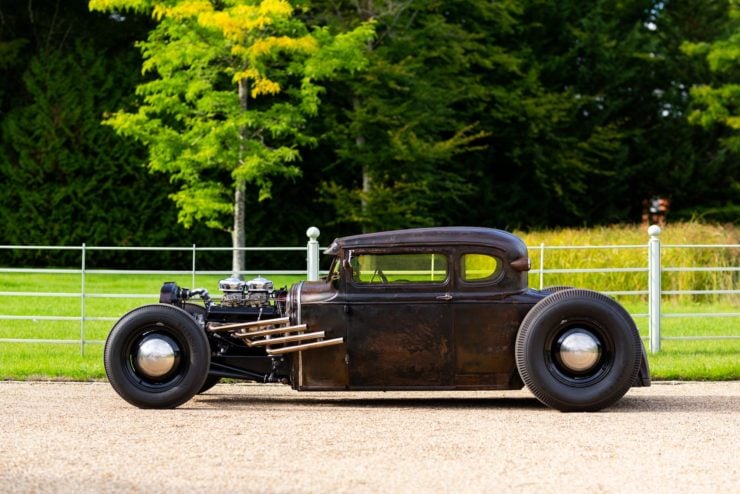 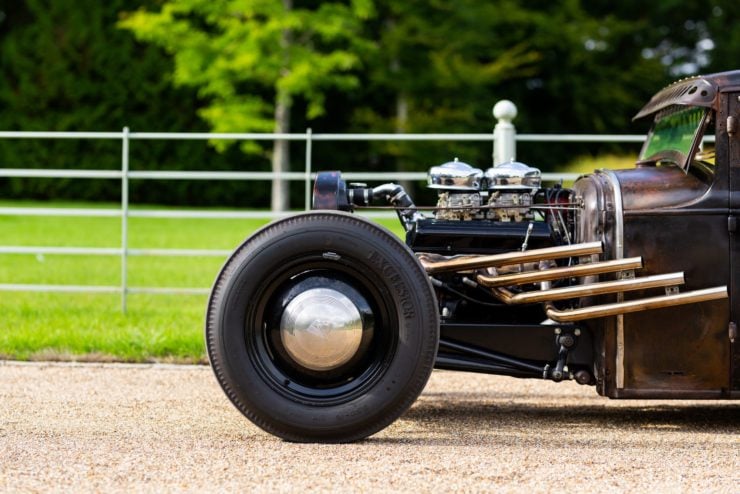 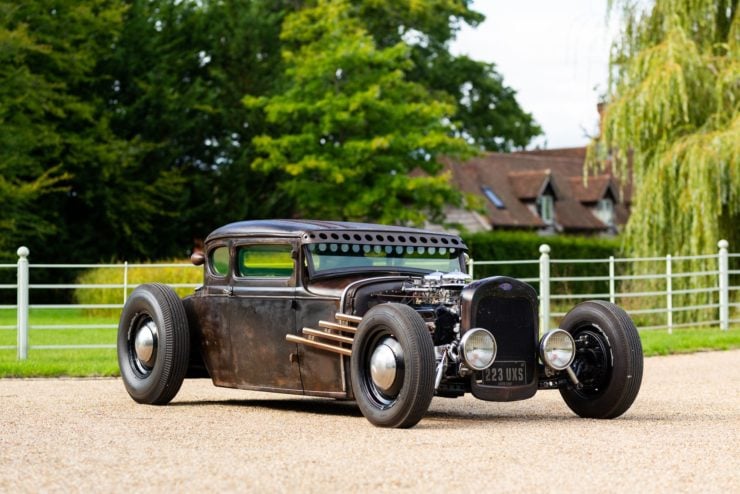 Silodrome was founded by Ben back in 2010, in the years since the site has grown to become a world leader in the alternative and vintage motoring sector, with millions of readers around the world and many hundreds of thousands of followers on social media. 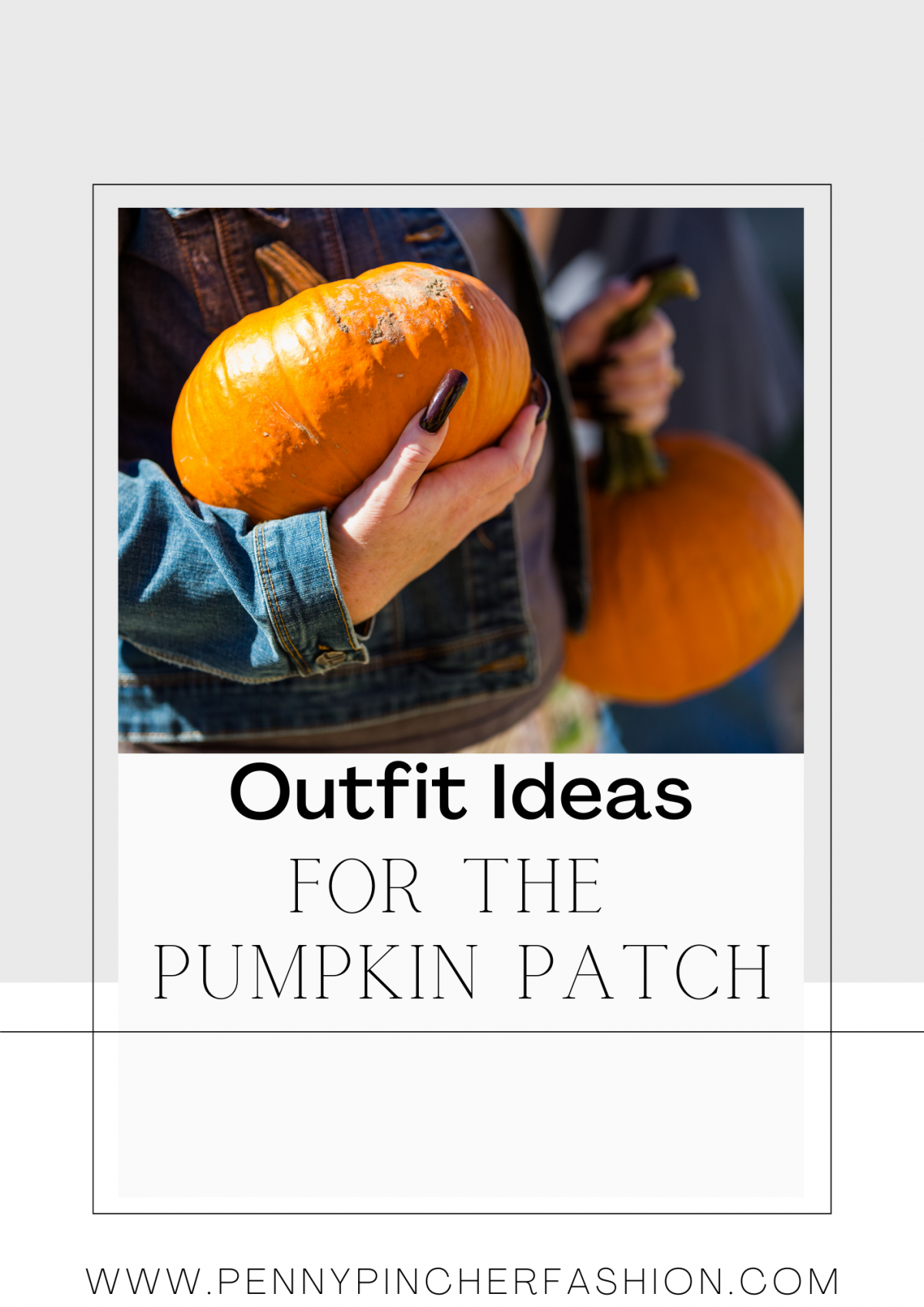 Previous post 5 Cute Outfits for the Pumpkin Patch
Next post Atlantica Nissaki Beach Review: An All Inclusive Week in Corfu

A Throwback To 2010 If there is one car that’s really struck a chord with me over my years as...