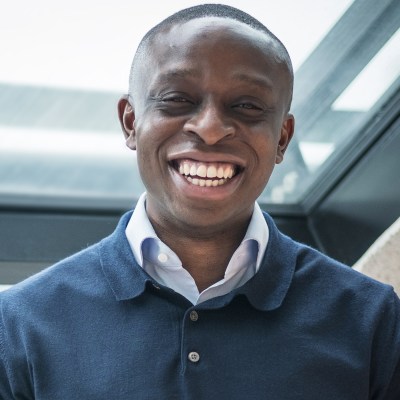 Small and medium businesses have been some of the hardest hit in the Covid-19 pandemic. And all that has been as true in emerging markets as it has been for SMBs in the developed world.

Tunde Kehinde has had a front-row seat witnessing and responding to that crisis. He’s the CEO and co-founder of Lidya, a startup out of Nigeria that has built a platform for SMBs to apply for and get loans and other financial services, aimed at markets on the African continent and increasingly also in emerging economies in Europe. We sat down with him as part of our new virtual Disrupt series, where we have been connecting with some of the biggest movers and shakers in the tech world beyond the US.

Kehinde has been called the “Jeff Bezos of Africa”, a funny title you might think sounds like tenuous or cheesy marketing until you know more about his history in business, the impact it’s had so far (he’s not that old) in the region, and until you hear him speak.

Kehinde — born in Nigeria and exposed to a lot of the US way of doing things through university years at Howard and then Harvard — was previously the co-founder of one of the biggest tech startups to have come out of the continent — Jumia — an Amazon-style marketplace that is slowly branching out into a wider web of services like payments, food delivery and more.

Initially incubated by Rocket Internet, Jumia raised hundreds of millions of dollars from VCs, scaled to multiple countries on the continent, and is now traded publicly on Nasdaq with a current market cap of $660 million — modest by Amazon standards maybe, but a real milestone for African tech.

That alone would probably merit some to wonder if he’s the “next Bezos”, but it’s been his follow-up act at Lidya that paints a broader picture. In short, there is a lot more potential for payment and online commerce services in emerging markets, and focusing on helping small businesses cross the digital chasm is not just a good business opportunity, but a developmental one, too. Capital, specifically the lack thereof, has always been a huge hindrance to growth, and these days it’s an even more critical axiom to address.

You can see the full Disrupt conversation below, where Kehinde covers a lot of ground, not just about his company but about how tech is evolving in the region.

The breakout success of a handful of startups — which include the likes of new digital payments unicorn Interswitch as well as Jumia — venturing into multiple jurisdictions, he noted, is seeing more VCs also increase their interest and investment activity. He thinks the next very important step is to have more exits, which will confer a different kind of credibility and liquidity to the market.

And there should be, he added: There are few places like the African continent that is a blank slate, where you can come in quickly and build a really dominant player, if you have the right capital and team, he said.

“It’s night and day between seven years ago and now,” he added, but also admitted that while financial services and the related world of e-commerce are obvious places to start — it was also the classic category to tackle first in the US and Europe many years earlier — he still sees more interest from VCs in the U.S., Europe and Latin America.

His advice for VCs?

“If I were a VC I would look at what have been the biggest successes from folks like me,” he said. “Seeing Jumia and others going public, as more of these things happen the more you can develop a great policy and that will make it easier. I launched, I got to scale, I got return on investment, the right infrastructure can be built.”

Tune in here to hear him also talk about China and how to handle investment from outside Africa; what other big deals in loans for SMBs, such as Kabbage getting acquired by Amex, mean for startups like Lidya, the impact of the global coronavirus pandemic on business; identifying opportunities beyond your immediate region; and more.