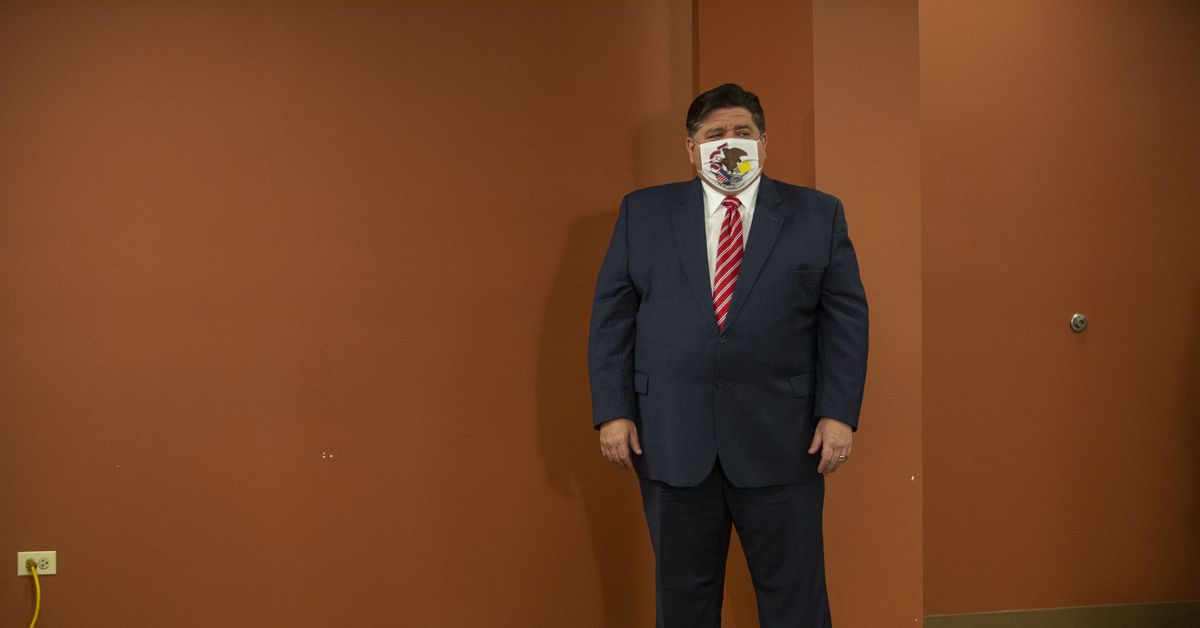 Gov. J.B. Pritzker’s office on Friday singled out four downstate counties for coronavirus outbreaks tied to “business and risky behavior,” as the state zeroes in on COVID-19 hot spots in an effort to prevent a gradual statewide case increase from escalating into a full-blown resurgence.

Those four counties scattered across the state — Adams, LaSalle, Peoria and Randolph — are at a “warning level” after officials traced outbreaks to lax masking requirements at bars, youth sports and other high-risk gatherings, according to the Illinois Department of Public Health.

Many of their new cases have been confirmed in people 29 or younger, the demographic health officials have said is behind Illinois’ steady case increase over the last month.

And they’re among the latest 1,532 cases confirmed statewide, marking Illinois’ third straight day with a four-digit caseload. It’s the 11th time July has seen a 1,000-plus day, compared to just twice in June.

The new cases were confirmed among 44,330 tests received by the state, keeping Illinois’ rolling test positivisty rate at 3.4% over the last week.

That rate is up from 2.5% two weeks ago, a rise that Illinois Public Health Director Dr. Ngozi Ezike has stressed is not due to the state’s massive uptick in testing capacity in July.

“Actually, if you do more testing, your positivity should go down,” Ezike said earlier this week. “So, yes, we’re seeing increased transmission.”

Since the state hit a three-month low with 462 new cases reported June 22, Illinois has averaged 976 new cases per day. Thursday’s case total of 1,624 was the highest the state had seen in two months.

The health department sounded the alarm on the four “warning level” counties two days after Pritzker called on “virus deniers” and anyone who hasn’t been wearing their face coverings to get with the program.

“The enemy is not your mask. If you’re not wearing a mask in public, you’re endangering everyone around you, so the enemy is you,” the Democratic governor said Wednesday.

In Adams County in west-central Illinois, the state health department tied outbreaks to large social events, places of worship, youth sports, and travel to the hotspot states of Missouri and Iowa.

LaSalle County, in north-central Illinois, was singled out for social gatherings, younger people flocking to bars and “inconsistencies with masking requirements.”

Randolph is in the Metro East region near St. Louis, an area Pritzker has warned is “dangerously close” to a state intervention — one that could potentially result in some businesses shutting down.

“Numerous” bars there haven’t complied with social distancing and masking guidelines, and more cases were tied to a party attended by more than 200 people, officials said Friday.

Chicago and suburban Cook County aren’t at the state’s warning level, though officials flagged both for relatively high case rates: 64 cases per 100,000 people in the city, and 56 per 100,000 in the suburbs.

Overall, Illinois’ positivity rate is still less than half those of most nearby states.

And while cases have been on the rise, daily death tolls have remained about level. The state health department announced 19 more deaths have been attributed to the virus, which mirrors July’s daily average.

Since mid-March, the coronavirus has claimed 7,385 lives in Illinois. A total of 168,457 people have been confirmed carrying the virus among more than 2.4 million tested.

Officials have said young people account for most of the new cases, but nursing homes and other long-term care facilities still account for more than half the state’s coronavirus death toll: 4,062 deaths among the 24,106 cases tied to those facilities.

Additionally, the state on Friday updated its tally of “probable” but untested cases of the coronavirus: 192 more deaths and 1,242 nonfatal infections.

As of Thursday night, 1,471 people were hospitalized with COVID-19 across the state, with 325 in intensive care units and 115 on ventilators.